Coralie Marabelle was named laureate of the L’Oréal Paris Fashion Grant at the event on Sunday. 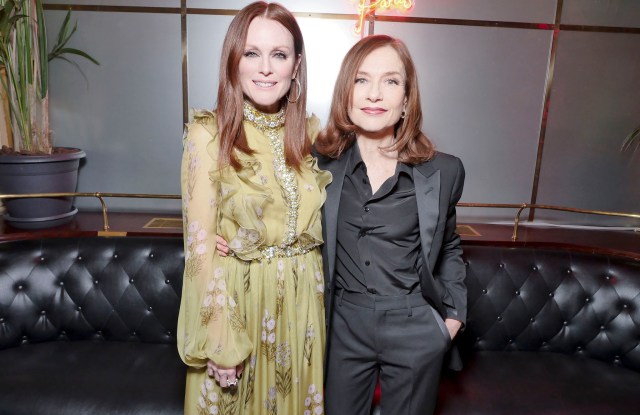 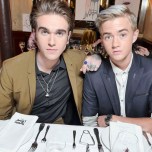 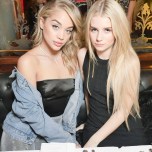 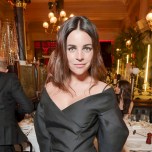 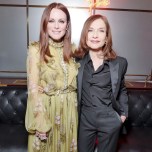 “I have been lucky enough to come to Paris for years now, and I never tire of it,” Julianne Moore told the crowd of designers, models and editors at a dinner at Le Grand Colbert brasserie on Sunday night for the first awards ceremony for L’Oréal Paris’ prize to recognize rising fashion talent. “It is the chicest city in the world, one of the most exciting places in the world — and one of my very, very favorite places.”

This story first appeared in the March 7, 2017 issue of WWD. Subscribe Today.

Turning to the reason for the evening, the L’Oréal global ambassador said it’s also exciting to see young talent emerge. The key to that is “vision and talent, a great creative team behind you, luck — and maybe the hardest thing — financial backing.”

Pierre-Emmanuel Angeloglou, global president of L’Oréal Paris, said the beauty brand, along with the Fédération Française de la Couture, chose five labels in running for the prize based on “those with ready-to-wear collections which spoke to L’Oréal Paris’ vision of beauty and of creativity.”

From that pool, Coralie Marabelle was named laureate of the L’Oréal Paris Fashion Grant. Moore introduced the designer’s label as being couture-to-wear, “minimalist in shape and maximalist in decoration and design.”

“If you had told 13-year-old me that I would be here tonight, in this room, in front of all of you, she would have fainted,” said Marabelle, who was awarded 10,000 euros, or $10,584 at current exchange, to pursue her collection. “From a very young age, I dreamed of creating and designing colorful and vibrant clothes for women, to give them confidence to be themselves.”

One of those confident type of women is Isabelle Huppert, who said she’s currently filming a movie in Paris with Benoît Jacquot. The actress was mum on further details, save for that it also stars Gaspard Ulliel and should be released next year.

“I’ll surely be working with Bob Wilson,” said Huppert, teasing yet another project — this time set for the stage.

Soko is in the midst of making her third album, and has put her acting career on pause until that comes out. “I just released a new song, called ‘Sweet Sound of Ignorance.’ I directed a video for it, which came out last week,” she said. “That’s my favorite part. I get to completely dive into putting visually exactly what’s in my head at the minute that I’m writing the song.”

As dinnertime neared, discussions turned to food. For fun in Paris, Lily Donaldson said she loves to eat. “Bread, butter — and French fries,” ticked off the model, bemoaning she’d put on weight as a result. “I can feel it, but don’t mind. It feels good.”

Julia Restoin-Roitfeld said in brasseries a good croque-madame is a favorite. She’s working on her second jewelry collection for Didier Dubot, but declined to give details about another project based on her web site, Romy and the Bunnies.