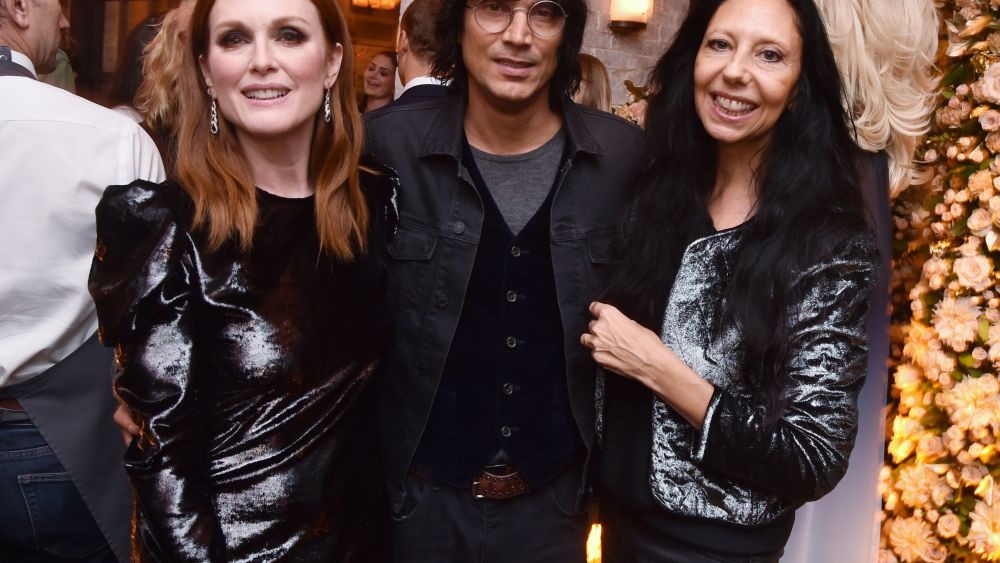 “I googled it the other day,” Julianne Moore said on Tuesday night from the candlelit dining room of Le Coucou. “Legend is not necessarily something that someone achieved, but legend is a story that you tell. It really is about a longer thing, it’s about a narrative, which I think is an interesting way to approach it. Rather than it being about a single achievement or an achievement of a lifetime, it’s someone’s story.”

With her definition of the word in mind, the restaurant was filled with legends: Lady Bunny, Fernando Garcia, Laura Kim, Zadie Smith and Jenna Lyons. Moore was the focal legend of the night; John Hardy and Vanity Fair were hosting an intimate dinner in her honor. The actress appears in the jewelry brand’s new “Made for Legends” campaign. Asked what people she considers “legendary,” Moore paused for a beat.

“I think artistically, somebody like [Isamu] Noguchi, somebody who really moves me because of the consistency of his work and the way he is celebrating shape and motion. I think about Gloria Steinem, someone who championed women’s rights so early. Somebody like Jonas Salk.”

The rest of the crowd had a chance to mull over the legends in their lives as well. Upon seating for dinner, each guest was greeted with a pen and card at their place setting, and prompted to write a note about their own take on the word. The notes were to accompany a donation being made by John Hardy in honor of each guest that evening, benefitting two of the causes that Moore champions.

“Children’s Health Fund is a really wonderful organization that brings medical care to kids in underserved areas, places where there aren’t doctors, there aren’t hospitals. They literally bring a big blue bus with doctors and equipment to the kids that need it the most,” she described. “The other organization is Everytown for Gun Safety. I’m head of what we call the creative council, a group of actors and artists who are willing to speak out on gun safety issues. I think gun violence has gotten out of control, and I think the majority of people are in favor of common sense gun legislation.”

The actress certainly keeps busy. In addition to the release of several films — “Kingsman” in September; “Wonderstruck” last week and “Suburbicon” on Friday — she is gearing up for her next film, directed by Sebastián Lelio.

“Next week I start a movie called ‘Gloria.’ It’s a remake of a Chilean film about a woman who lives in L.A. She’s got kids in her 20s, she goes to clubs, meets guys. It’s a really wonderful film. It’s hard to describe,” she said.