The most important thing for these actors? Telling a woman's story that isn't often shared. 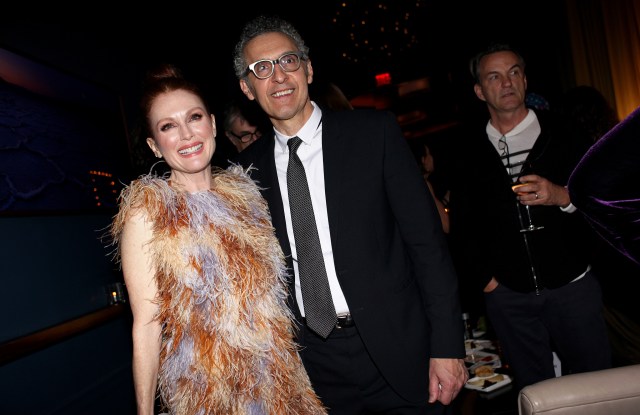 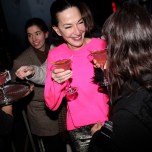 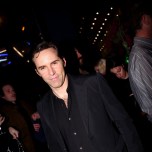 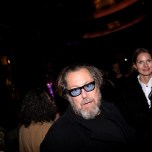 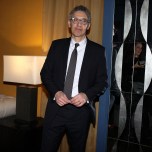 Julianne Moore and John Turturro attended a screening Monday night for their new film “Gloria Bell,” at the Museum of Modern Art in New York. Not surprisingly, Turturro was talking movies — and he compared “Gloria Bell” to another film he loved last year, “Roma.”

“I saw a story about a woman who you would never see the story about. I had to go back to watch it a second time,” he said. “It makes you look at someone and see them. That’s a big accomplishment. It’s the same thing with this film.”

In some ways, “Gloria Bell” is, indeed, similar to “Roma.” Bell, played by Moore, is a divorcée seeking her identity as a single woman by going to discos and hitting the dance floor at night. She’s got a crew of women friends and family supporting her. She meets Turturro at the club and they begin dating, but he has problems committing to her. Seemingly mundane portrayals of everyday life (Moore is depicted driving in her car singing along to music, or putting away laundry at her home), move the story along.

“Gloria Bell” is a remake of another movie, “Gloria,” made by the same director, Sebastián Lelio. Some critics have stated the new film is too similar to the original one. But Lelio said there’s nothing necessarily wrong with that.

“Why deform it or reinvent it? This is about honoring what made the first film special, but with a new set of great actors in a different country,” Lelio said. “Our artistic challenge was to try to make it vibrant and alive and make it resonate with the current times again.”

In the middle of his comment, Lelio was interrupted by a scream and an “Oh my God!” from down the red carpet. He paused and turned his head, observing Sonja Morgan and Luann de Lesseps from “The Real Housewives of New York” embracing at the step and repeat.

Morgan and Lesseps were sure to attend the after party at 48 Lounge following the screening — Morgan and a friend staked out a spot near the kitchen, where Morgan leaned against the wall and her friend fed her shrimp cocktail and glasses of water. Julian Schnabel and actors Bob Balaban and Alessandro Nivola hung out, as did Turturro’s son, Diego, and his teenaged friends, all of whom wore suits and stayed put in the VIP section.

Moore, in her feathered Givenchy dress and super-high heels, was also in the cordoned-off area. Like Turturro, Moore explained the most important thing in any role she takes on is to tell a woman’s story that isn’t often shared. She says her next role as Gloria Steinem in “The Glorias: A Life on the Road” is made more special by her female castmates.

“We have this extraordinary group: Bette Midler, Lorraine Toussaint, Janelle Monáe. Every day is exciting because there’s always another person coming and playing an iconic character,” she laughed. “So that’s awesome.”

Japan Is the Place to Be, According to Maisie Williams and Constance Jablonski