The star of “Mary Poppins,” “My Fair Lady” and “The Sound of Music” was honored at Cipriani 42nd Street Tuesday night. 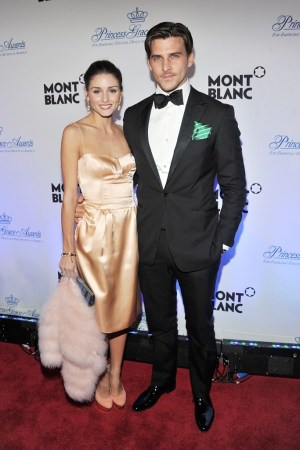 There are few actresses as beloved as Julie Andrews, which was particularly the case at the Princess Grace Awards gala on Tuesday, where the star of “Mary Poppins,” “My Fair Lady” and “The Sound of Music” was honored. “I feel Julie is so beloved because she has grace — so it’s a very appropriate night,” said Anne Hathaway, her co-star in the “Princess Diaries” movies. “She is positively brimming with it. After 50 years in a sometimes not very nice business, she walks onto set every morning and goes, ‘Good morning! Aren’t we lucky to be here?’ Sometimes I haven’t had my coffee — I don’t want to hear it. But she’s right.”

Prince Albert II — on his first trip to the U.S. with his wife, Princess Charlene, since their summer wedding — said he would take his medicine for Andrews, with a spoonful of sugar. “Every aspect of her tremendous career is testament to demanding the best of oneself while giving back with equal passion,” he commended, presenting her with the Prince Rainier III award, named for Albert’s father and husband of Princess Grace.

The presence of the real-life prince and princess led Andrews to reflect: “How privileged I have been to play the royal characters in my career, from Queen Guinevere in ‘Camelot,’ to Queen Clarisse in ‘The Princess Diaries’ to Queen Lillian in ‘Shrek.’ And, of course, I played the ultimate queen when I was Victor playing Victoria in ‘Victor/Victoria.’”

At the twinkling tables inside Cipriani 42nd Street were director Rob Marshall, Jeff Koons, Natalie Cole, Selita Ebanks, Olivia Munn, Lynn Wyatt and Denise Rich. Many in the crowd grinned like children as classic Andrews songs were played in a video montage. “I grew up with Mary Poppins, the whole nine yards, like everybody else,” said Ice-T, there with his wife, Coco, as guests of television producer Dick Wolf, a sponsor of the gala along with Hermès. Montblanc unveiled its new Princesse Grace de Monaco collection of jewelry and writing instruments with a dramatic unfurling of floor-to-ceiling curtains, while draping Princess Charlene, Hathaway and Ebanks in its diamonds for the evening.

Martha and Rufus Wainwright sang heartfelt renditions of “I Could Have Danced All Night” and “Something Good” to Andrews. “I tried to dress up for the prince,” explained Rufus of his creative black-tie look, accent on the creative. “We’re a little folksier in our approach.”

Also honored during the evening were a raft of young dancers, choreographers, actors, filmmakers and playwrights who were awarded grants this year by the Princess Grace Foundation-USA.

“Tonight is not about me, it’s about celebrating the arts,” said Andrews. “The arts revitalize us. They are food for the soul. They transport us, they inspire us, they humble us. The arts are the mirror that we can view humanity and all its complexities.”

Speaking of complexities, lest anyone think Andrews a one-dimensional saintly and sweetly singing nun, Hathaway confided she could be potty-mouthed: “It’s true. You have not lived until you’ve heard Julie Andrew curse. It rocks.”