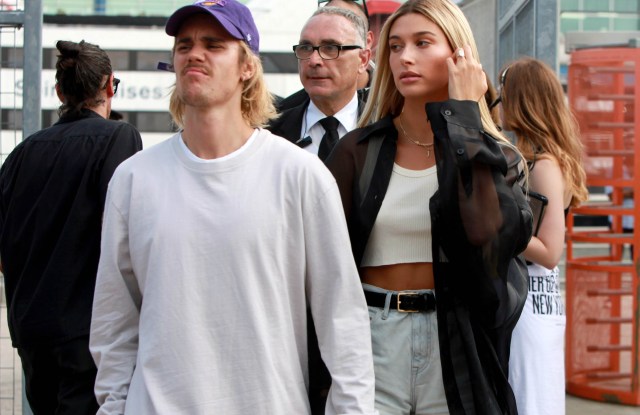 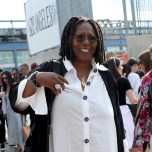 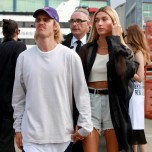 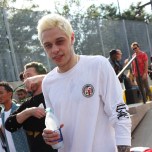 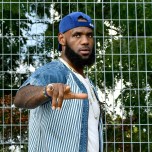 The celeb appeal of John Elliott can be measured by the fact that a rather starry front row loyally turned up to support him at his outdoor show on Thursday, in the midst of what may have been one of the hottest afternoons in New York this summer. But there they were: first came Whoopi Goldberg, followed by Pete Davidson (“I’m not allowed to talk to press,” he said, before walking off) and finally LeBron James and Justin Bieber, who arrived hand-in-hand with Hailey Baldwin.

While the newly engaged couple were feeling rather press-shy, budding model and designer Miles Richie, son of Lionel Richie and brother of Nicole and Sofia, was more than happy to discuss his upcoming week.

“I think I’m going to, what, 10 more shows?” he said, turning to his publicist, who confirmed he will be at Matthew Adams Dolan, Jeremy Scott, Pyer Moss, Telfar and more.

“I walked in the Philipp Plein show one year, but this is the first time I’ve actually gone to shows, and it’s a really nice experience,” he said. “I get to see all the different styles and all the different energies. I just love it. I love fashion, and I love seeing different people’s vibes and where their mind goes.”

His focus is to expand his modeling, before eventually turning to design.

“Right now I just signed with Wilhelmina, so I’m hoping to just get myself out there in the world and get some modeling done. My long-term goals are to have a fashion brand and stuff like that,” he said. “That’s why I love coming to shows because it gives me inspiration, of how someone else’s mind doesn’t work like my mind works, to see how they think, and some things just inspire me.

“I love talking and picking different people’s brains — it’s one of my favorite things on earth. That, and people watching,” he said.

Given how Bieber took in the show — pumping his arms throughout — Richie had certainly come to the right place.