Gevinson insisted she was not coming for Gigi Hadid in her viral video imitating Elizabeth Holmes' voice. 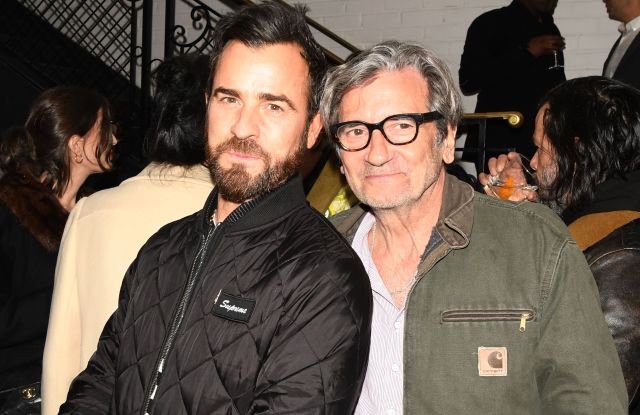 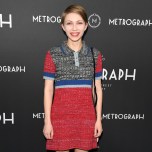 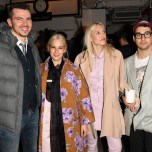 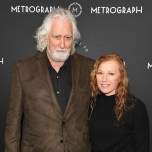 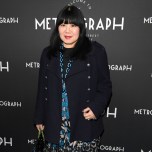 “Our city needs places like this,” said Smith, wearing a black blazer that her friend, the British designer Paul Smith, recently gifted her. “We used to have lots of them. When I was younger — in the Seventies, you could go to a movie theater and sit all day for 50 cents watching all the [Ingmar] Bergman films. Or you could go to a lot of the small houses at midnight, see ‘El Topo’ or something.”

As one of the hosts for the night, Smith said she’s a fan of Metrograph’s dedication to showing obscure, old-school movies. But as far as the Metrograph Productions thing goes, that’s not in her wheelhouse.

“I don’t know anything about that stuff. I just like movies,” she said. “I don’t care who produces them, as long as people keep making great movies.”

Sui echoed the sentiment, adding that despite a slate of new production and distribution companies cropping up, this isn’t a new phenomenon.

“In the old days, a lot of the movie studios did own the theaters,” she said. “It was kind of a racket, almost. Whatever we need to do to get these great movies out there — that’s important.”

Dustin Yellin, with a fat novel tucked into his jacket pocket, made his way upstairs where other partygoers held court, including Anh Duong, Hailey Gates, Peter Brant and Trudie Styler.

Gevinson remained on the first floor chatting with Jack Antonoff, who wore his signature red baseball cap. The 22-year-old writer and magazine editor recently went viral after she posted a video imitating the voice of former Theranos chief executive officer Elizabeth Holmes — who’s now the subject of a HBO documentary as well as a slew of movies in development. At the end of the video, Gevinson shouted out Gigi Hadid, saying their voices sounded the same. Hadid fans did not take to this comment kindly.

“I wasn’t coming for Gigi,” Gevinson cried out, laughing. “Let me just say, people say that she and I sound alike all the time. So I wasn’t coming for her. It was more a compliment. I have nothing against her, I’ve met her, it’s not personal.”

Guests were still streaming in at 10:30 p.m., including Theroux. He paused to take pictures with actor Griffin Dunne. Minutes later, Metrograph brought in performers for its annual dragon dance show, despite Chinese New Year having passed a month ago. Founder and president Alexander Olch and artistic and programming director Jake Perlin stood in the center of the room, looking at the dancers wordlessly and without movement. Antonoff, who was visibly uncomfortable, cowered and tried moving out of the way when the dancers started throwing bits of romaine lettuce into the air.