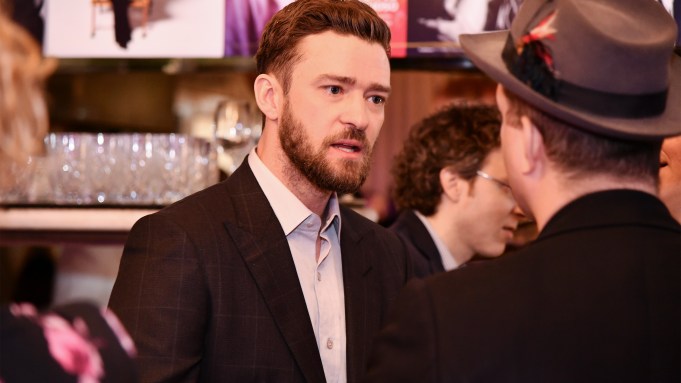 The countdown to the 23rd annual Screen Actors Guild Awards was in full effect Saturday as Variety magazine toasted nominees with a brunch presented by Karma benefitting the Motion Picture Television Fund.

On his way inside, Hodge said his party plan was to make sure his mother got special treatment for supporting him over his 28-year career, but he didn’t shy away from making sure he had fun as well.

“What’s up man? How’s it going?” the “Hidden Figures” actor said as he gleefully greeted recent Oscar nominee Timberlake. “I’m in the studio right now, grinding.” Timberlake replied before the two delved into a conversation at the end of the grey carpet.

When it came to talk of fashion, celebrities were open for discussion. “I’m a big fan of John [Varvatos]. He has a clean palate, he knows how to fit a man’s body and it works. I found my synergy with Varvatos,” Hodge said.

His female counterparts were also in favor of taking form into consideration. Missi Pyle of “Captain Fantastic” joked, “Remember that Angelina Jolie dress that had the slit? I think my slit is higher than hers. If Angelina Jolie and J.Lo’s dress had a baby, it would be mine at the SAG Awards.”

“Orange is the New Black” starlet Jessica Pimentel was also planning a risqué look, noting, “I had to have a meeting with my mom about [my dress] before she saw it on television. My mom is very conservative and this dress is the opposite.”

Back inside, Aduba, who’s nominated for Outstanding Performance by a Female Actor in a Comedy Series was surrounded by her “OITNB” co-stars Samira Wiley, Danielle Brooks and a flurry of friends and fans noting, “Our cast is nominated as well. It just feels lovely. I’m grateful for this opportunity in television that’s happened for us to be seen.”

Aduba may score a future opportunity from “Hidden Figures” producer Mimi Valdés, who lauded the actress before saying, “We want to figure out a way to work with you someway, somehow.”