The Making of a Kanye West Ballet 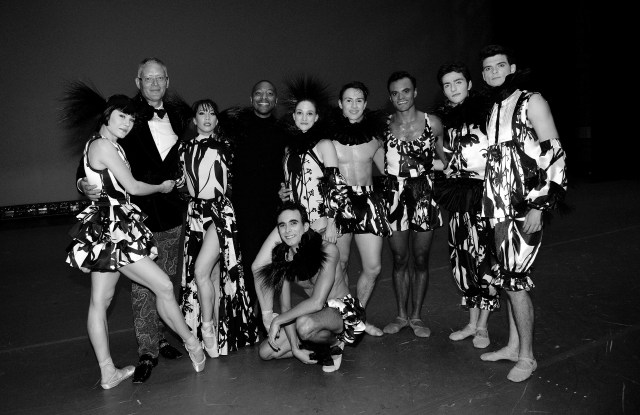 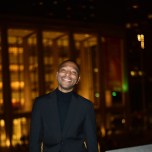 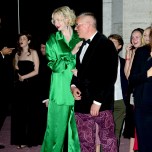 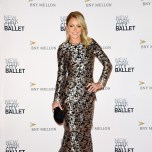 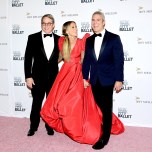 An orchestra pit lay empty, forsaken for its speakers. Though the David H. Koch Theater’s diamanté atrium typically sees the most vibrational notes come by the clash of a cymbal, last night’s rumbles emanated from an unexpected source — the base notes of music by Kanye West.

Choreographer Kyle Abraham made his New York City Ballet debut with “The Runaway,” a piece that incorporates songs by Nico Muhly, Jay-Z, James Blake and a lengthy compilation by West. The high-wattage score had been kept a secret in the lead-up to his piece’s premiere.

“That was just my stomach,” Abraham joked of the treble vibrations. The Pittsburgh, Pa.-born choreographer is founder of the acclaimed A.I.M. contemporary dance company.

Abraham, the first black artist to create a work for the ballet company in more than a decade, constructed the piece as a memento of his community as well as early West fervor. It expressed the joys and pitfalls of West’s public persona as experienced through his music, with songs like “Power” and “I Thought About Killing You” covering ground from the last decade of his career.

Though West is in New York rehearsing as the musical guest for this week’s episode of “Saturday Night Live,” he did not attend Thursday’s gala. That evening, he stirred his controversy regardless when SNL promotional videos began to air — featuring West in a “Make America Great Again” hat.

“I have listened to Kanye’s music since he was mostly making beats. I was thinking about him a lot and the way he has been perceived over last two years. There is a lot that I love and respect about him, there is always something really innocent and childlike that I love,” Abraham said.

“I think a lot of people wanted to cast him out. You have to remember, especially thinking about my community in particular — this is the man who during Hurricane Katrina said, ‘George Bush doesn’t care about black people,’ and this is something we all thought and this man is speaking for us. Sure, there might have been one or two things he said in the past that we were like, ‘Alright brother, I don’t know about that one,’ but overall there hasn’t been so much unfiltered advocacy for our community from someone of his stature. It’s great to be able to make something that has people remember how good all of that music makes people feel,” the choreographer added.

Abraham utilized elements of humor, esoterism and hip-hop vernacular to bring his work well beyond a tribute-in-motion. West has no involvement in the ballet aside from granting Abraham usage rights of his music.

“I find he has a really unique movement style and vocabulary,” Peck said of Abraham’s instincts. “He makes a lot of thought-provoking choices in his work that take a lot of work to pull of — segueing into the Kanye thing, that could have gone super wrong, but he has such a smart choreography language, he was able to avoid that. There is music within every category of sound that can be inspiration for dance, and for Kyle it worked really well.”

Abraham, ever self-aware, was careful to accommodate the audience’s classical ballet buffs and octogenarian donors by paying homage to George Balanchine and traditional technique. His delicate reach just beyond their comfort zone appeared a success — with one board member noting that Abraham’s piece “Raised the roof, as they say.”

Ballet patron Sarah Jessica Parker said: “I think that kind of interpretation of what fits a New York City Ballet dancer, that kind of diversity, is what will sustain us.”

“I hope people aren’t coming here waiting for the Kanye, I hope people come and have an experience. I hope more people come to the ballet and feel like they are seen and heard,” Abraham said of the work. “It’s those moments, when I am putting in certain things that are more of an urban vernacular, part of a culture I grew up in, when I hear people responding and know that they got it makes me want to burst into tears. It wasn’t a dance for me, it was a dance for us.”