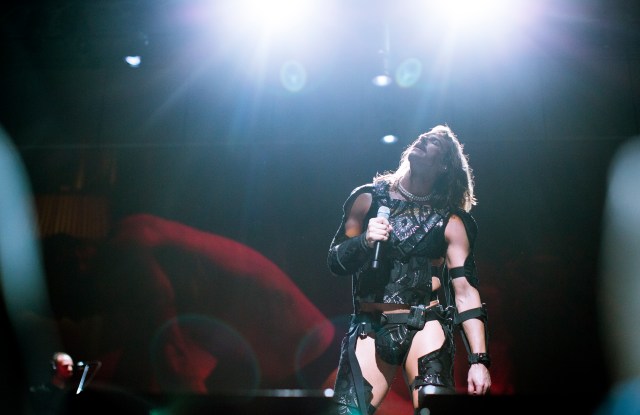 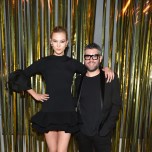 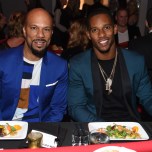 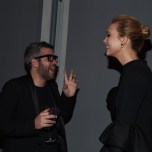 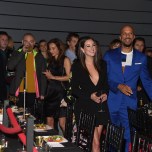 “We’re a two-for-one deal tonight,” Karlie Kloss said Tuesday night, linking Champagne-toting arms with Brandon Maxwell from the third floor of the Whitney Museum of American Art. The museum had gathered their now-usual downtown art and fashion crowd for their Art Party, held for the second year in the new Meatpacking District building, which proved a selling point for cohost Kloss.

“I live in the area, this is my local museum,” she continued. “One thing that I really love about working in fashion is that I feel like fashion and art and music and so many creative industries are so intertwined and inspire one another.” She’d spent the earlier cocktail portion roaming about with a selfie stick-carting camera documenting the experience, for “a vlog about tonight, about what we’re fund-raising for.”

The westside local favorite might be new on the circuit for Victor Cruz. “I’m always at the MoMA for so many different things,” the New York Giants receiver said of his museum hit list. Turning to a deeper meaning of art and society, Cruz added, “art is definitely going to be used more and more, whether it’s technical art or technology, the way it’s used. I think it’s going to grow, in so many different aspects as we move forward here — it’s just a matter of how. We’ll see how it goes but it will definitely evolve.”

Between otherwise tame servings of short rib and passed trays of miniature doughnuts, Fischerspooner took to the stage to awaken dinner-goers with new music. “I’m feeling very pissed off, post-Trump,” said frontman Casey Spooner, looming on the catwalk in a harness getup (and not much else). “So I decided to go kind of f–got riot gear. I’m getting gayer! You didn’t think it could happen. But I’m getting gayer.”

Wandering around the exhibit were two people encased in performance art, bare bottoms to the world as they maneuvered their way in dancelike form throughout the lobby level. As Lion Babe handed the DJ reins over to Questlove, the painfully stiff-hipped lightly embarrassed themselves with a series of dance moves only the contemporary art community could love.

“I think the Whitney museum is where artists can have a voice, no matter what walk of life they’re from — once [the art] gets here, people from all over the world can appreciate it,” said Common, who’d signed on to be a host at the urging of his stylist, Micaela Erlanger. “As Paul Robeson said, ‘artists are the gatekeepers of truth.’ A lot of the truth and the inspiration that we need is in the art. This art, no matter what’s going on politically, we can be enjoying ourselves and appreciating the art. Art is the truth to what is going on with the people, the imaginations of the people, and there’re no politics involved in art.”

But leave it to Maxwell to one-up all, and spin the night into the utmost sunny light. “I was thinking about that today — I don’t love talking about politics because I was raised to not, but I was thinking today, weirdly in the shower by myself, what a great time it is to be here tonight,” he said. “Because you see the news, and there’s obviously a lot of things disappointing going on in the world, and I think what’s upsetting is the anger and hatred you’re seeing. The thing that’s always healed me in different times in my life has been art, that’s what’s gotten me through, and that’s what’s bonded me to other people. That’s what we need right now, a little love.”