The actress has expanded into men’s activewear with FL2, which will be sold on JustFab, and tapped her brother and actor Oliver Hudson to front the collection. 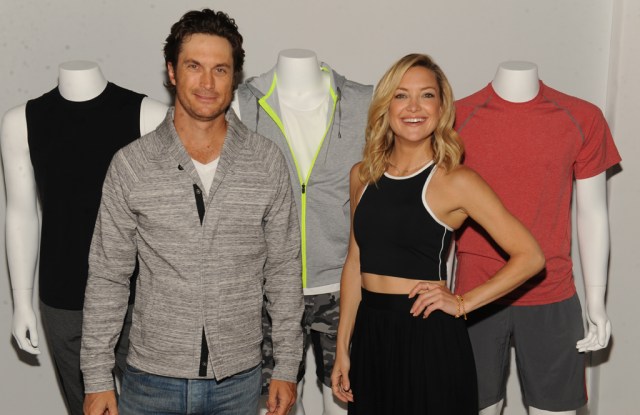 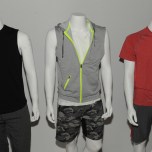 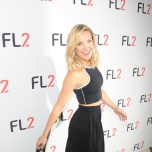 NEW YORK — Although Kate Hudson was fresh from winning Glamour UK’s entrepreneur of the year award in London on Tuesday, she doesn’t consider herself one.

“I’m an actress who likes to make movies,” said Hudson.

But on Thursday afternoon at the Gramercy Park Hotel in New York City, she was celebrating her newest entrepreneurial pursuit with online retailer JustFab: FL2, a men’s active line that was released this month.

The actress, who launched women’s active line Fabletics with JustFab in 2013, was sitting with her brother, actor Oliver Hudson, and male models playing ping-pong on the terrace creating a festive backdrop. She’s tapped Oliver to front the collection.

According to Hudson, the line is for men like Oliver who need performance apparel that’s appropriate for taking their kids to school and working out in the gym. Every item in the line is priced under $100. Tops start at $29.95 and bottoms start at $44.95.

Oliver is used to the limelight, but this is his first time serving as a brand ambassador for an apparel company. According to Oliver, he will be more than the face of the line.

“I want it to be a real lifestyle brand. I want it to feel accessible and relatable,” said Oliver, who was unsure about his fashion aptitude before taking the job, but quickly realized he would fit right in after meeting with the JustFab team in El Segundo, Calif.

“I think the task for us is to sort of market it in a way to bring more male users on to FL2. But it’s going to start with the girls who are going to be buying clothes for men,” said Oliver.

Kate, who wore a Fabletics halter top with black culottes, said she partnered with JustFab because of chief executive officer Don Ressler’s passion for the concept and her desire to empower women. Hudson was unfamiliar with the subscription model before meeting with the team and said it has its pros and its drawbacks.

“The subscription model allows us to turn over clothes really quickly. It allows us to be able to sell to our customer at a much lower price. But I also like it because it keeps us engaged with our customer,” said Kate, who mentioned that Fabletics currently has 550,000 subscribers. “I think the challenges of the model is that sometimes people forget [they subscribed] and then they get upset. But that’s kind of rare.”

Kate put Fabletics to the test while filming NBC’s “Running Wild With Bear Grylls,” a series where survivalist Bear Grylls takes celebrities into the wild for two days.

“I had to wear the hardcore mountain gear, but underneath that it was all Fabletics,” said Kate, who seemed to still be excited from the experience.

“Honestly. Kate is a crazy movie star and there are many things to be envious of, but that’s the one thing I’m most envious of,” he said.