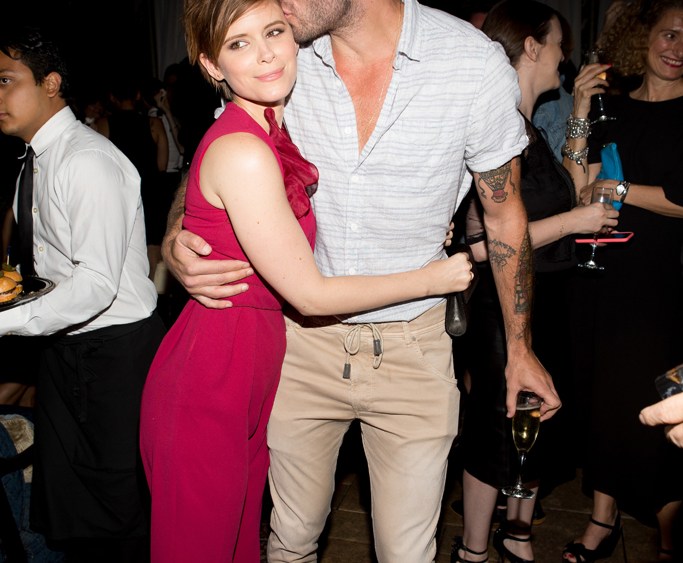 “I did it for a role,” Kate Mara explained. She was addressing her new hairdo, a trim pixie, that was making its debut at The London Hotel in L.A. on Monday. It was a few hours ahead of a Max Mara and Women in Film cocktail party, held in Mara’s honor, and the actress was still adjusting to her new cut. “It’s definitely a new look for me, but I’m always happy to change my look because I think that’s helpful when playing a new character.”

The actress was in town to receive Women in Film’s Max Mara Face of the Future Award and had flown straight in from Belfast, where she’s shooting “Morgan,” the sci-fi thriller produced by Ridley Scott and directed by his son Luke Scott. If she was battling a case of jet lag, the 32-year-old certainly didn’t show it as she discussed the recognition. “You don’t work to get awards,” shrugged Mara, who will appear alongside fellow honorees Nicole Kidman, Ava DuVernay and Jill Soloway at WIF’s Crystal+Lucy Awards on Tuesday night. “It’s very flattering and very nice, but it’s always like, ‘Are you sure?’ This is unexpected.”

Even so, Mara can’t deny she’s on a hot streak. The actress has four films hitting theaters this year including August’s blockbuster “Fantastic Four” and the much-anticipated “The Martian” opposite Matt Damon and Jessica Chastain, out in October. “It’s very surreal,” Mara said, though she stopped short of calling this moment a turning point. “I’ve been acting more than half of my life now. It doesn’t feel new to me, but I do feel constantly challenged and surprised. Nothing has changed in my regular life. I’m just busier than ever.”

Case in point: after the ceremony, she was headed straight back to set. “Jet lag, for everyone, is a nightmare. I have no tricks for it. I wish I did,” she laughed. “As soon as I get there and get the lovely award, I get on a plane…I’m sure a couple glasses of Champagne will help me sleep on the flight.”

But first she had the cocktail party at Chateau Marmont. It was there that hostess Nicola Maramotti, the brand’s European director of retail development, joked about the “Mara” connection, or lack thereof.

“There is no relation,” said Maramotti, whose label has sponsored Women in Film for the past 13 years. “We liked that she’s carrying our name. We thought it was kind of fun. But what’s strong about her is her passion. She’s had many roles and she’s becoming bigger and bigger.”

Mara’s costars of the past (Constance Zimmer of “House of Cards”) and present (Michael B. Jordan of “Fantastic Four”) were on hand to help celebrate. Asked why Mara is deserving of the honor, Zimmer said, “It’s one of those things, when you work with somebody and think, ‘After this job, I’m sure you’re going to go off and be a big movie star.’ We would always joke about it, but that’s actually what happened.”