Freida Pinto, Zosia Mamet, Ellie Kemper and Lola Kirke start off the 2015 holiday season with a screening and dinner for kate spade at the NoMad Hotel. 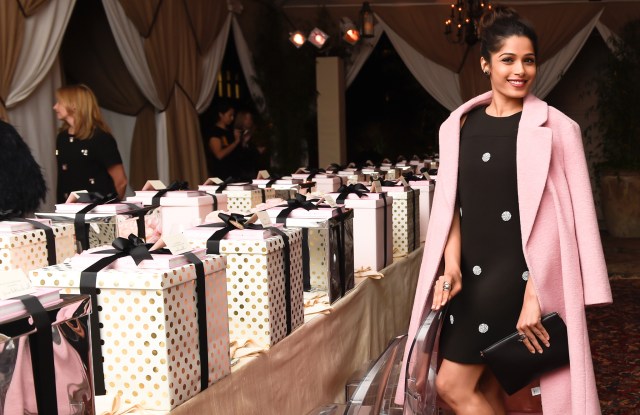 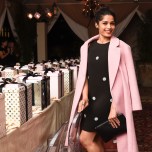 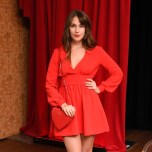 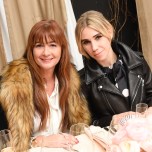 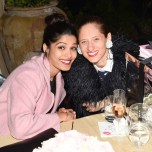 It might just barely be November but Kate Spade New York was ready to start the holiday festivities on Monday night, toasting the latest episode of its Miss Adventures series, starring Anna Kendrick. Guests including Freida Pinto, Ellie Kemper and Lola Kirke joined Zosia Mamet, who appears in the fourth episode of the campaign, titled “The Joy Ride,” alongside Kendrick, for a screening and dinner at the NoMad hotel. The previous episode, launching the brand’s fall 2015, saw Kendrick having a run-in at the Russian Tea Room with none other than Gloria Steinem.

Mamet revealed she had never met Kendrick before filming. “It happened to be the day I got home from Japan, so it was kismet,” she said. “We were in the Russian Tea Room, which was awesome and bizarre. I just wandered through it being like ‘how many mafia members have killed people and then eaten sausage and roast beef and drank cold vodka in this room?’”

Once settled in with kettle corn for the screening, guests oohed over the short, which many deemed “adorable.” Afterward, the heavily red-lipped crowd — a Spade signature — migrated to the penthouse level of the hotel, on what might be the last night New Yorkers could get away with dining alfresco. Guests were greeted by a long table topped with big pink boxes sitting at each place setting. The spread naturally was heavily snapped, as any good party hopes to be.

Conversation soon turned toward the looming holiday. When it comes to gift shopping, Pinto takes a yearlong approach to plotting. “Throughout the year, I try and think of things people have said, like, ‘oh, I wish I could do this,’ of course it has to be reasonable,” she said. “Not like ‘oh, I wish I had a private jet’ — I’m not going to buy them a private jet. But in reasonable measure.”

“I just realized like, ‘OK, it’s Nov. 2’ — I’m just getting there,” Kemper said of her holiday shopping. “I sort of feel like every year when I start shopping for people, I realize I want it for myself.”