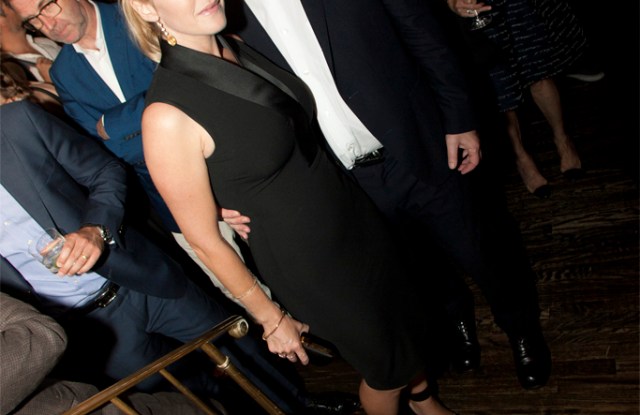 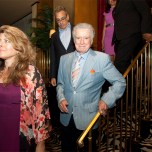 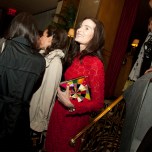 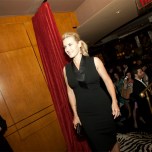 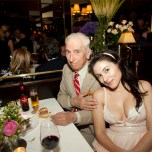 More than a year later, the closing night film of the 2014 Toronto Film Festival finally made its wide-release premiere Wednesday night.

“A Little Chaos” marks Alan Rickman’s second directorial effort — his first was the 1997 film “The Winter Guest” — and his first time juggling two roles. He originally signed onto the project, which he received through his “letterbox,” as an actor.

“The more I talked about it, the more I went, ‘actually, I’d like to direct this,'” Rickman explained before the New York premiere of the movie at the Metropolitan Museum of Art. It was also a thrifty arrangement. “It just becomes an economic necessity at some point. When you do the sums and you go, ‘Oh wait a minute, the producers don’t need to pay him, because he’s there anyway.'”

The film marks another reprise that was a long time in the making.

“It was absolutely wonderful to reunite with [Rickman] after such a long time,” gushed Kate Winslet, whose last time working with the actor on-screen was the 1995 film “Sense and Sensibility.” “I was only 19 years old, and really didn’t have a huge amount of confidence at that point,” she continued. “It was wonderful to feel that we were equals much more.”

Winslet stars in the British period film as a spunky landscape architect who gets hired by the head landscaper at Versailles (played by Matthias Schoenaerts) to build one of the many gardens on the property. Naturally, the characters fall in love by the end. (Rickman took the more regal role, playing King Louis XIV.)

“I thought it was such a wonderful love story,” Winslet reflected. “It’s usually just heaps of sex, and lots of shouting and violence, and then they get together in this cloud of noise. It wasn’t like that in this story.”

Afterward, the crowd relocated to Monkey Bar, where Regis Philbin hunkered down in a corner booth while William Ivey Long bopped from table to table, and Christian Slater mingled with Rickman, who held court in the middle of the room while waiting for his gardener to arrive. Almost an hour later, Winslet finally burst in and the pair was — once again — reunited.