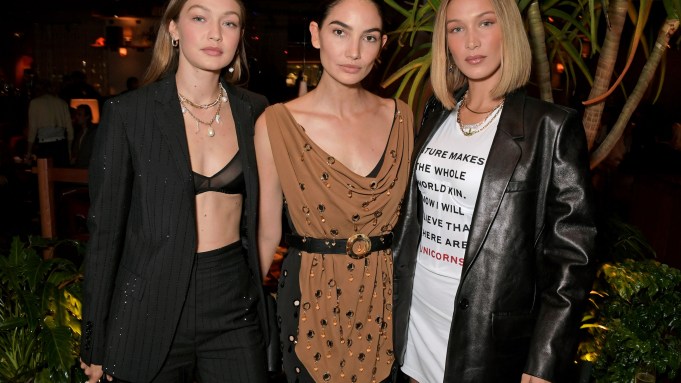 MY ROOM OR YOURS?: Love editor in chief Katie Grand transferred her customary London Fashion Week closing party to Kings Cross, cohosting this season’s raucous affair with Derek Blasberg, YouTube’s director of fashion and beauty, at Decimo, the restaurant on the 10th floor the new Standard hotel.

The magazine took over the adjacent street kiosk, which usually sells mobile phone accessories, stocking it with the latest issues of love magazine for guests to peruse as they queued to get into the party.

Designers Michael Halpern and Erdem Moralioglu, who had shown earlier in the week we are both looking forward to a bit of R&R following their respective shows.

“I’m going to Broadway in the Cotswolds tomorrow with my parents and I am looking forward to finally finishing my book,” Halpern told WWD. “I’ve been reading ‘A Little Life’ by Hanya Yanagihara. It’s over 800 pages long and I’ve only managed to read about 90 pages in about six months and I’m determined to read it this week.”

“It’s so f–king good so far, and super-polarizing,” he enthused. “It’s about four people in New York City just out of university. Nobody has any money; they’re sharing food at restaurants. It’s like reading my life, which is really interesting. I’ve heard it just rips your heart out and stamps on it — but I like that.”

Moralioglu was catching up with Miss Fame, who appeared on season seven of “RuPaul’s Drag Race” and who had been a front-row guest at his catwalk show at the Gray’s Inn Gardens earlier in the day — and been exceedingly lucky with the day’s weather.

“We were so lucky because it started raining an hour after the show. It was a risk, I know. I had to make a call three days ago about whether to put up a tent but I decided not to, thinking ‘What will be, will be,'” he said.

“Tomorrow I’m taking the day off then I’m going to sleep in and wake up hungover,” he said.

“Yeah, you’re going to wake up in my hotel room saying, ‘What the hell happened last night!?'” Miss Fame teased. “No! I’m a married man now,” demurred Erdem, pointing out his wedding band. “We got married two weeks ago.”

Spirits were high, despite complaints that the Perrier-Jouët Champagne had dried up way too early, and revelers were mollified by Cîroc cocktails as DJs including Horsemeat Disco, Jodie Harsh and New Found Form (Jordan Vickors and Josh Barnes) kept the dance floor busy.

The costume designer staged his first New York Fashion Week show one week later, neatly adding the role of fashion designer to his CV. He showed his second collection in New York earlier this month, under the direction of Grand at Marc Jacobs’ Madison Avenue store.

He showed his second collection in New York earlier this month and is now planning a collaboration with drag queen Kim Chi, who appeared on season eight of “RuPaul’s Drag Race,” following a chance encounter at the KCD showroom, which is situated next to the location of RuPaul’s DragCon.

Meanwhile, at another swanky new hotel, JW Anderson was letting his hair down for his show’s after-party at The Stratford Hotel, which was opened earlier this year in East London by Harry “Chiltern Street Firehouse” Handelsman. Anderson was joined by rising music stars Anna Lou and Kojey Radical, who took the Ruinart and the party downstairs to the hotel’s Mezzanine Club, with NTS Radio taking over the decks for a four-hour danceathon.