Holmes also stars in the film. 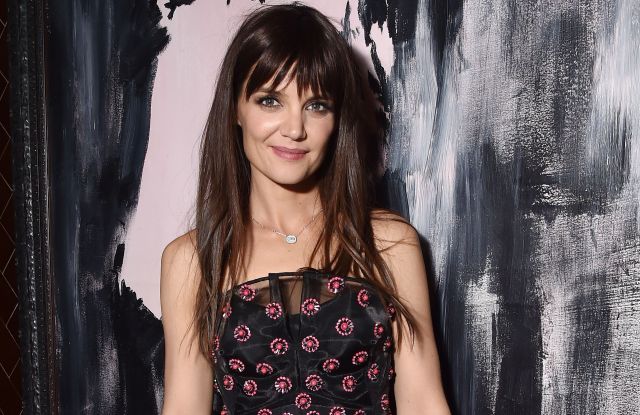 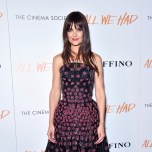 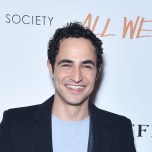 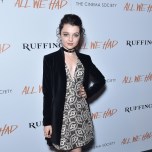 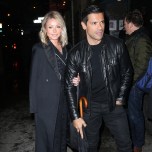 Actors making their directorial debuts seems to be a theme this year, with a range of success — from Ewan McGregor’s “American Pastoral” (not so well-received) to Natalie Portman’s “A Tale of Love and Darkness” (not terrible). On Dec. 6, an intimate crowd attended a Cinema Society-hosted screening of Katie Holmes’ first feature, “All We Had,” to see where her effort falls on the scale. The film, which debuted earlier this spring at the Tribeca Film Festival, will be released in select theaters and On Demand on Friday.

So with half a year between the premiere and release, has Holmes tired of watching it? “I watched it at the Napa Valley Film Festival, but I haven’t revisited it a bunch of times,” the actress said from the after party at Jimmy at the James. “I was in the editing room every day for five months, so I’ve seen every ounce of footage I shot.” Since completing her first film, Holmes has directed an episode of TV series “The Kennedys” — in which she also stars as Jackie Kennedy — and she recently optioned author Kathleen Tessaro’s “Rare Objects.” In short, “All We Had” wasn’t a one-off project.

“As an actor, I feel so fortunate that I’ve gotten to work with great directors who have really influenced me — like Peter Hedges, Curtis Hanson, Chris Nolan, Simon McBurney,” Holmes continued, perched on a banquette by the rooftop venue’s floor-to-ceiling windows. “I really used what I learned from directors when I worked with the actors on this film.”

Based on a book by Annie Weatherwax, the film is set during the peak of the Recession and subprime loan crisis. Holmes stars as a homeless mother who is struggling to make a better life for herself and her teenage daughter in a small town. The film also stars Luke Wilson, Stefania LaVie Owen, Eve Lindley, Mark Consuelos and Judy Greer.

“So many people worked so hard on the movie. I felt such a responsibility to put it in the best hands,” Holmes added, herself in good hands for the night: she’d come dressed in Zac Posen pre-fall, and the designer was in close tow at the party. (Posen also dressed her for the film’s world premiere, and visited Holmes while she was filming the movie on Staten Island.)

While many rely on social media for self promotion, Lindley was nearby promoting her current project the old-fashioned way: quarter cards. “I’m in a play called ‘Street Children’,” she said, fishing a card out of her bag. “It’s, like, super nerdy, but come see my play. It takes place in 1988, and it’s about trans and queer culture in the ballroom scene.”

In show biz, it’s always on to the next one.