Holmes eventually collected herself to tell the musician it was nice to meet him, albeit shakily. 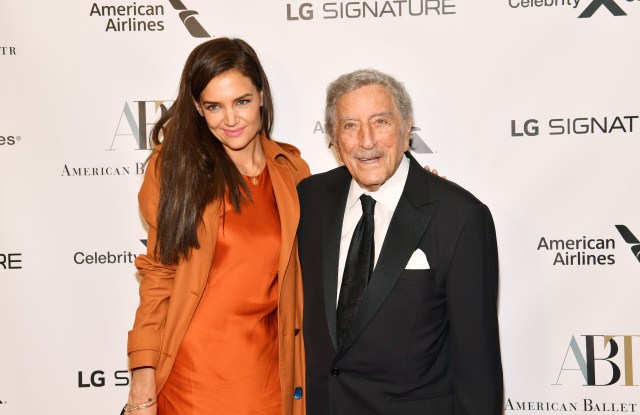 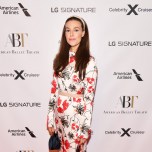 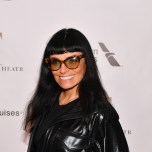 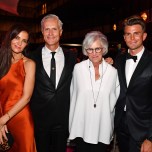 When Katie Holmes saw Tony Bennett arrive at the American Ballet Theatre’s fall gala on Wednesday night, she made a face reminiscent of the painting “The Scream” by Edvard Munch.

Holmes had just gotten to the David H. Koch Theater at Lincoln Center herself, to attend the party alongside fellow guests Jordan Roth, Olivia Palermo, Ariana Rockefeller and more. The actress kept it relatively cool while she approached the red carpet to take photos — that is, until she saw Bennett approaching with his wife, Susan Crow.

Holmes clapped her hands over her cheeks and her jaw dropped, her mouth in an “o” shape. She eventually collected herself to tell him it was nice to meet him, albeit shakily.

“Of course I’m a fan of his,” she said before going into the theater to watch the performance. “I was just listening to his collaboration with Amy Winehouse today. I’ve heard from many different people how generous he is with other artists. His influence on the music business is obvious, he’s such a legend. It means so much, and is a pleasure to see him.”

Bennett wasn’t the only Mr. Broadway in the house — Roth sported an intricately swirly bun and super-high stiletto spectators that caused him to struggle slightly up the stairs.

“Aaaand we’re up!” he said when he finally made it to the top. The president and majority owner of Jujamcyn Theaters wore Thom Browne, including a carryall bag in the shape of a dog.

Speaking of Thom Browne — one of ABT’s principal dancers, James Whiteside, performed at the designer’s spring 2020 show in Paris. And although Whiteside is interested in dancing onstage for other designers (his message: “You know, just call me,”) he was focused Wednesday on a much more pressing matter: His choreography for “The New Romantics” was due to make its debut at ABT the following week.

“I know these people in ABT so well, they’re my friends, they’re my colleagues, I look up to them and I know their abilities,” he said. “I made the ballet for them.”

Rockefeller said she is entrenched in her fall gala season duties. Her life is filled with equestrian riding and being involved with charities — she’s the junior chair of this year’s ABT event, plus she’s on the board of God’s Love We Deliver. Her Instagram account tells the story of her horses and her philanthropic endeavors.

But what’s one thing the public might be surprised to find out about her?