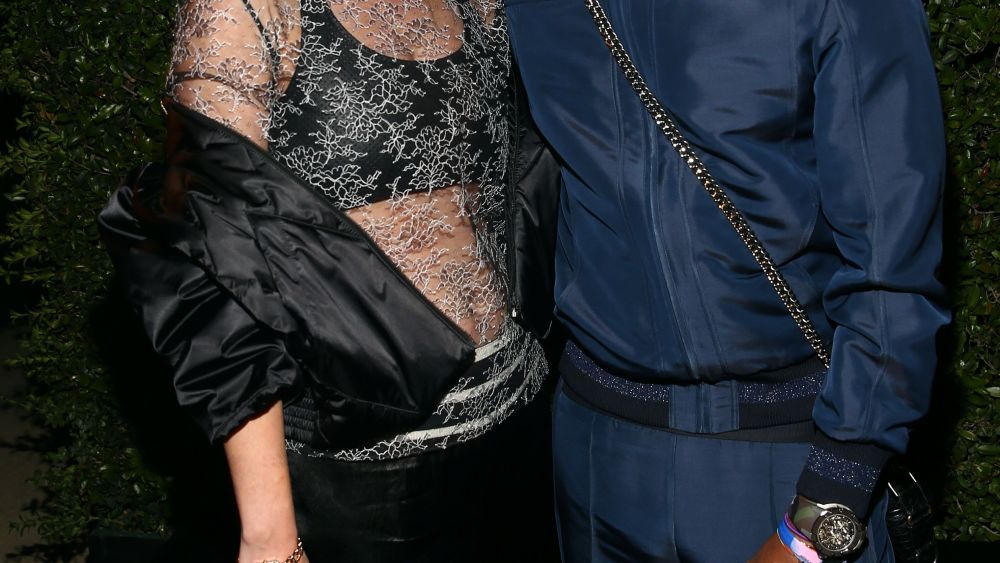 “Look, that’s one of the great, amazing things about women,” Pharrell Williams mused while hosting a Chanel dinner on Thursday night. “They know exactly what rules to bend to make this world a better place.”

Katy Perry, Lily Collins and Teresa Palmer were among the women at Giorgio Baldi in Santa Monica, but they weren’t who Williams was discussing. The musician was reflecting on the legacy of Gabrielle Chanel, the inspiration behind the French fashion house’s new Gabrielle bag.

“Gabrielle went against the grain whenever she felt like it,” said Williams, who appears as one of the faces of the new campaign, posing with a black crocodile bag. “If she liked something, then that’s what she would design. There were no real rules for her. The black jacket was based on a bellhop’s jacket, so when I put it on and I liked it, Karl [Lagerfeld] was, like, ‘Actually…’ And he told me the story. There’s a lot of that — a lot of her bending the rules whenever she felt like it.”

Other ambassadors featured in the campaign include Kristen Stewart, Cara Delevingne and Caroline de Maigret, the latter of whom cohosted the evening. De Maigret said she was excited to be involved in a project with Williams, the first man to represent a Chanel bag in the history of the brand.

“I’m a unisex girl,” de Maigret said. “My boyfriend is a musician. I’ve always taken all of his pieces in his closet, may it be a leather jacket or boyfriend jeans or a long white shirt.”

“We’re all equal,” said Rachel Zoe. “I almost think everything can be unisex at this point — names, clothes, bags, jewelry, why not?” Meanwhile, Zoe said Williams was the perfect man for the campaign. “Pharrell is one of the all-time coolest musicians and artists of our time — and he has incredible style. Karl can really spot people who are unique and have a different point of view, and not always do what’s expected.”

Every attendee had her own take. “I personally love Pharrell because my three-year-old is obsessed with his song — he sings it all the time,” said Teresa Palmer.

“Everything that he wears is absolutely amazing. It’s modern. It’s pushing the boundaries,” said Kenya Kinski-Jones.

“I loved him before this, but when he wore the shorts to the Oscars, I was like, ‘I’m done. You’re the best,’” said Kiernan Shipka. “He views fashion as art.”

“He takes risks, but he’s always true to himself,” added Dree Hemingway. “I get most of my style inspiration from men, actually, and he has a little bit of that hip-hop and skate vibe that is very much up my alley.”

Meanwhile, Chanel newbie Sistine Stallone discussed another man, her father, Sylvester Stallone. “I don’t necessarily take fashion advice from him because, I mean, he’s had a couple of weird trends himself, but he has taught me to be an individual when it comes to my style.”

Over cocktail hour, Champagne flowed and mini meatballs were passed as Bella Heathcote wondered where the night might take her. “All the Chanel events I’ve been to have been wild,” she said. “I saw Karen O and Patti Smith sing a duet at a Chanel event once. They know how to throw a party.”