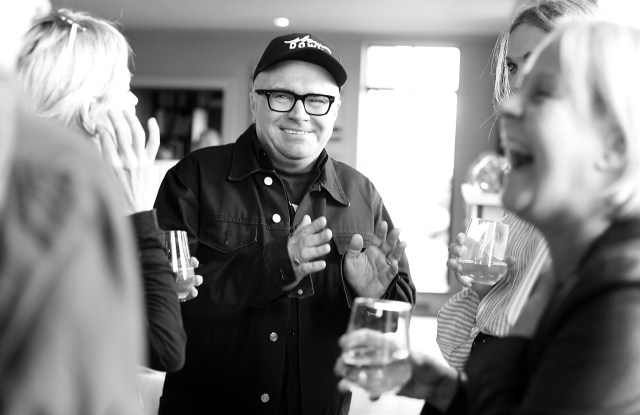 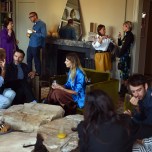 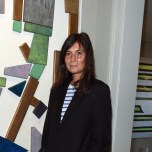 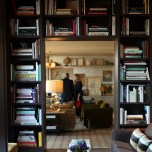 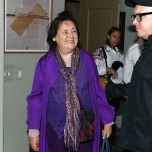 “There are eight partners in the agency now and I wanted to host it with the four partners here in New York,” he explained. KCD partners Rachna Shah, Renee Barletta and Kerry Youmans of New York and Nan Richards of London joined Filipowski in welcoming overseas press.

With the event Filipowski looked to echo the legacy of CFDA founder and late New York public relations doyenne Eleanor Lambert, who would host a similar luncheon each season to bring together American newspaper editors. “There’s nothing more comfortable for someone visiting for fashion week than to be invited to somebody’s apartment. It sort of makes you breathe and makes you feel like you’re at home for a few minutes.”

Vogue Paris editor Emmanuelle Alt agreed. “It’s very kind and generous to do something in your private place,” she said of the spacious apartment that boasted panoramic views from a wraparound porch. “It’s a nice break, but New York Fashion Week seems a little bit quiet compared to the other fashion weeks. All of the shows are late at night and we are not so busy during the day. It’s quite a strange schedule.”

Suzy Menkes, international editor for Vogue, is certainly no stranger to the rigors of collections season. Nibbling on a chicken salad sandwich, the British journalist observed how the decentralized venues and decision by designers like Rodarte, Proenza Schouler, and Thom Browne to move their shows to Europe has changed the mood of this season’s NYFW.

“You can feel quite lost in New York now, which wasn’t the case when the shows were held in an area like Lincoln Center or further downtown,” she said. “Now you’re just bouncing from one place to another and there’s not as much feeling of community. I think it’s great to have that here today — and to have something to eat.”

The fashion and lifestyle agency, which represents a laundry list of brands like Marc Jacobs, Victoria Beckham and Tory Burch, brought together industry influencers including Filip Niedenthal, the British editor who is preparing to launch Vogue Poland in February.

“The thing about fashion in Warsaw is there’s no schedule,” he remarked. “There’s no fashion week so it’s very difficult to get everything together. But the thrill of doing Vogue Poland, for me, is exposing these designers [like Gosia Baczyńska and Ania Kuczynska] to a wider audience.”

As a small staff of waiters passed lobster rolls and Bellini cocktails, Filipowski’s terrace was filled with conversation in several different languages. “You’re going to the shows and everyone is in a rush, so this is an opportunity for us to just say hello and chat and be real people,” added Shah of the first annual affair.