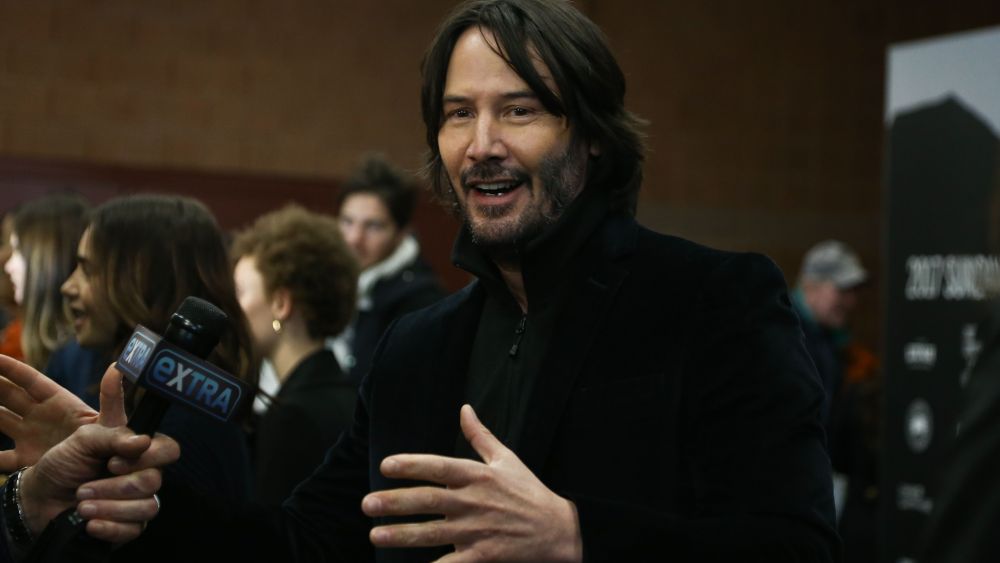 On another snowy Sunday night in Park City, UT, Keanu Reeves and Lily Collins premiered their new film “To the Bone” to eager audiences at the Sundance Film Festival.

During the film’s after party at the Stella Artois Lounge, writer and director Marti Noxon said she was still decompressing after sharing the film with an audience for the first time. The project, a painfully truthful “dramedy” about a young woman battling anorexia, drew upon Noxon’s personal experience.

“It was a really moving day, but, to be perfectly honest, I’m a little overwhelmed,” Noxon said. “It made me feel incredibly raw. I went home with my son and we ordered some Chinese food and we watched ‘Talladega Nights.’ We needed something silly.”

“I didn’t know that it was a personal project for [Noxon] until I’d met her a couple of times and she shared that,” said Reeves, who plays Collins’ unconventional therapist in the film. “The story is a really important story and it’s beautifully written, it’s entertaining, it’s funny, it’s real, and hopefully it’ll be inspiring.” He also sang Collins’ praises. “The performance that she gives is really nuanced and strong and smart and dramatic and funny and elegant and rough and really beautiful,” he said.

Meanwhile, Collins referenced her own past struggle with an eating disorder. “It was nerve-wracking at first to step back into the shoes of someone that I was very much 10 years ago,” she said, “but also what a gift because I get to look at it from an outside perspective and play a character that can start a much larger conversation with young women and men alike.”

Later in the evening, Chloe Sevigny attended the “Golden Exits” party at the Chase Sapphire on Main space. When asked if she could discuss her new drama, the indie veteran replied, “Quick! I need a cocktail!” (Luckily for her, the party was presented by Francis Ford Coppola Winery.)

Sevigny stars in the film, about a young female newcomer (played by Emily Browning) who disrupts the lives of several couples, alongside Analeigh Tipton and Mary Louise-Parker. She signed onto the project because of its writer/director Alex Ross Perry. “I’ve known him since he was my clerk at Kim’s Video,” she said. “I try to encourage young filmmakers and I believe in him and the work that he’s doing. And he was going to film in my neighborhood, so it seemed pretty convenient.”

As for its story, she says, “There’s a lot that people can recognize in their own lives and in their own relationships. I always like films that are a reflection of our days. It’s a very sad day, but it’s a meditative thing and I got to play a color that I normally don’t get to play.”