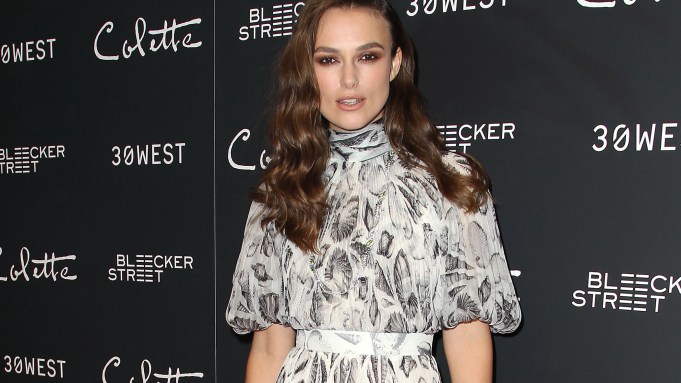 After co-writing the script 17 years ago, director Wash Westmoreland finds it even more powerful that his film “Colette,” which held a screening Thursday night at MoMa hosted by Bleecker Street and 30West, is releasing at a time when the conversation for equal rights is increasing.

“The story is about breaking through to really claim your right as an artist, and it’s very empowering for women and minorities and for anyone who is just up against a barrier in their life,” he said. “I think everyone is amazed with how fast the #MeToo and Time’s Up movements spread, but that’s because the issues have been building up: not just for years, but for centuries.”

The film portrays the real-life story of Sidonie-Gabrielle Colette, played by Keira Knightley, who marries a Parisian writer known as Willy, played by Dominic West, in the late 1800s. Willy convinces his wife to ghost-write the popular Claudine novels, which all appear under his name. As the couple rise in popularity in Paris, Colette becomes frustrated with her husband’s dominance and is driven to overcome gender norms and societal constraints to claim creative ownership for her work.

In addition to the cast, the screening brought out Alysia Reiner, Tovah Feldshuh and Chelsea Clinton, who posed with her “I Voted” sticker before heading into the theater.

“I wanted the cause of chauvinist men to be properly represented,” West said with a laugh when asked why he wanted to be a part of the film. “The discussions we’re having about gender identity and politics are ones that were happening 100 years ago. Hopefully the film and Keira’s performance will give people courage or reassurance that this isn’t a new issue and it’s been fought by great people for many years.”

Knightley, who arrived wearing an Alexander McQueen dress and Chanel jewelry, highlighted the film’s portrayal of gender politics and equality and how it relates to the political and social climate of today.

On keeping up the momentum of fighting for equality, Knightley said: “Now, it’s about reproductive rights and I think everyone has a big fight on their hands because that could be taken away very soon. And then for equality, I want equal pay, equal representation and equal opportunities, so good luck, women!”