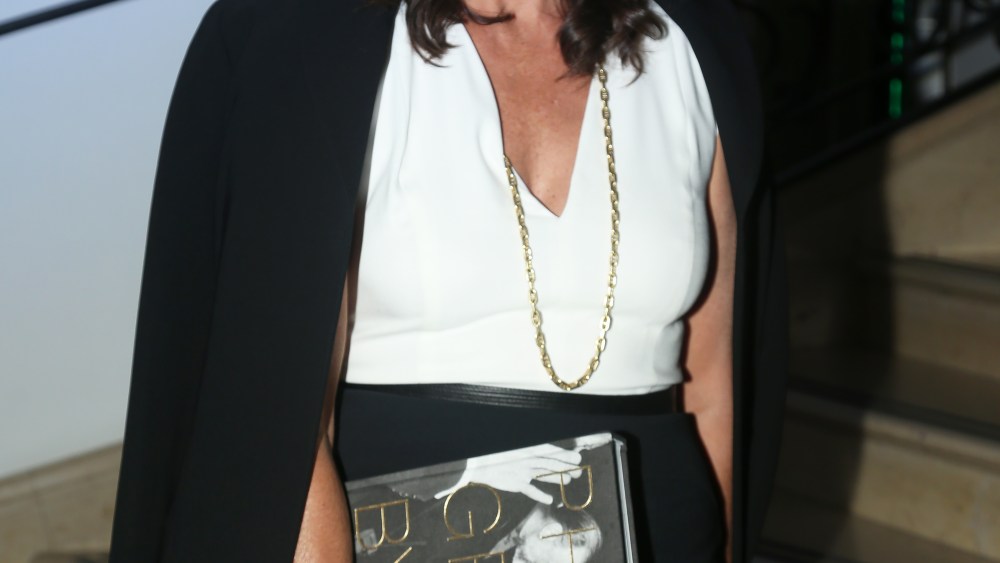 “I met her in the early Nineties, when I was doing a lot of work with Calvin,” Murphy said of Kelly. “And then I actually started shooting with her, I did some of her first photo shoots.” Though she has a few, one of her favorite photos of working with Klein is from a trip the pair took to Jamaica: “There’s one where the mascara is running down my face, and I remember particularly loving that photo.”

“Kelly is terrific, she’s spectacular, and the book is gorgeous,” said Jo Carole Lauder, who hosted the signing along with husband Ronald and daughter Aerin.

“This is a collection of my photographs from over 35 years,” Klein said between Sharpie squiggles. “It’s a little bit of fashion, of portraiture, travel, friends, family, horses, animals…everything that I sort of loved.” Perched at a table on the second floor of the Galerie, surrounded by Gustav Klimt works, she flipped through the book to reminisce with her guests. “There’s one with ski poles I really love, and one of a friend in Mykonos,” she said thumbing through the tome.

While she’s done “many books, six or seven coffee table photography books,” this one is the first to solely feature her own photos.