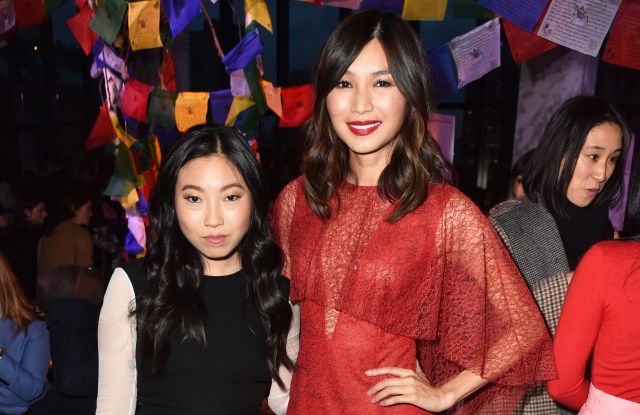 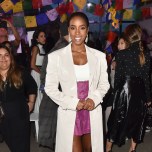 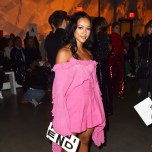 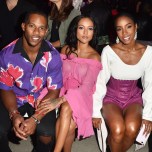 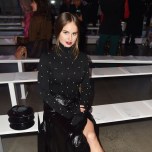 As guests made their way inside Spring Studios for Prabal Gurung’s spring show Sunday night, they were greeted at their seats with a plain white card with their seat assignment along with the sentence, “I am a voter.” Always one to have a deeper meaning in his collections, this message didn’t go unnoticed by attendees, including Kelly Rowland.

“Just the fact that he has this ‘I am a voter’ card, when you sit there you really need to be dedicated to this work,” the singer said. “I literally just moved to Los Angeles and I immediately got my license and registered to vote. It’s a real moment and I feel really responsible and hope everyone else does, too.”

The show brought together the likes of Debby Ryan, Camila Mendes, Bella Heathcote and Tiffany Haddish, among others, who arrived at the show with just enough time to take a few pictures with Rowland.

After appearing in two of this year’s buzziest films, “Ocean’s 8” and “Crazy Rich Asians,” actress and comedian Awkwafina was attending her very first fashion week. “You have to understand this world is kind of weird,” she said on how her fashion week expectations have panned out. “I always thought the shows were like hours long, but that would be horrible if they really were because everyone would just be really tired.” She also noted her favorite part of fashion week so far was attending Claudia Li’s show, which solely casted Asian models.

A longtime fan of the brand, actress Debby Ryan came out to show her support for the designer. “[Gurung] messaged me recently and was like ‘I’m watching your show,’ and I was dying,” Ryan said, who stars in the newly released Netflix satire “Insatiable.” “He was live-texting me through the show and was like ‘Come to my show.’ He’s just so encouraging and down to earth and magical, so I was very excited to come to his show.”