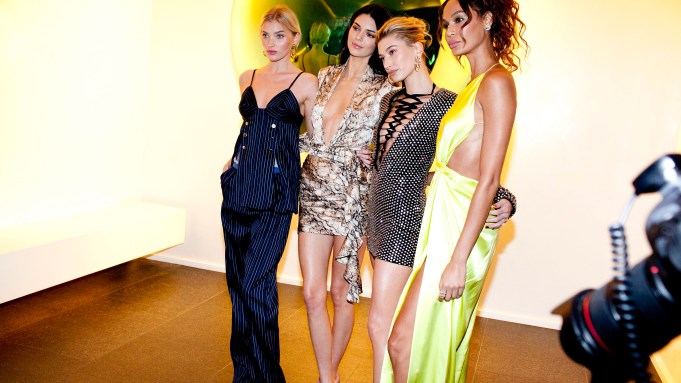 The nightlife mogul Ian Schrager’s mantra when it comes to creating an unforgettable experience is this: There must be some element of wonder, surprise and magic.

In an era of ads sponsored by celebrities and curated experiential activations tailor-made for Instagram, this ethos seems a bit unbelievable. But it is with this mind-set that Schrager insists he planned the rollout for his latest hotel, the Edition Times Square. He threw a cocktail, dinner party and after-hours performance with Nile Rodgers and Chic and Diana Ross to ring in the new location — one that most New Yorkers won’t deign to travel to unless absolutely necessary. Schrager, though, says he has faith Times Square will shift, and his hotel won’t just be for tourists.

“Studio [54] was in this neighborhood,” he said. “The Meatpacking [district] was an unseemly place. SoHo was unseemly. TriBeCa was a truck stop. That’s part of being in a great city — it continues to evolve and people go there if that alchemy happens.”

And the alchemy certainly did happen. If it hadn’t, perhaps Kendall Jenner, Hailey Baldwin, Cara Delevingne, Joan Smalls and Elsa Hosk wouldn’t have come and enjoyed themselves.

Delevingne showed up with Suki Waterhouse in tow after dinner ended. Walking across the leather banquette seats, Delevingne made her way to her friends Jenner and Bieber. They greeted each other warmly, then posed for photographs amid the massive palm fronds decorating the dining room — which looked more like Chateau Marmont in Los Angeles than any restaurant in New York City, with its white, rounded ceiling and Spanish-inspired architecture.

“The Seventies was probably the most innovating, provocative time for fashion and creativity,” she explained. “And then all of that just stopped with AIDS. Fashion’s been great at different times in different ways, but that special, very innovative creative spirit never reached that level again. Looking back now, I’m able to see that. But if you would have asked me in the Eighties or Nineties, I wouldn’t have. Ian and I agreed, and talked about it — the two of us, separately and then together, came to the same conclusion.”

Ross’ performance at the hotel’s Paradise Club, scheduled for 12:15 a.m., was supposed to be a surprise, but word had spread by 8 p.m. The demand to see her was so high that for a couple hours Paradise was beyond capacity, according to staff. The lucky guests who made it onto the seventh floor to see Ms. Ross were crammed together — among them, Andy Cohen and Cynthia Rowley. Cohen told Rowley he “raced here” after taping “Watch What Happens Live” to catch the show.

The crowd screamed in delight when Ross came on stage, with Rodgers accompanying on guitar. They sang along to “I Will Survive” like it was 1978. Delevingne, standing at her VIP table inside the club, took videos on her phone. Nearby, Peter Brant Jr. danced wildly with Theodora Richards. Guests all the way in the back of the room climbed on top of the bar to get a better view.

Although 2019 looks nothing like the Seventies, there is a distinct sense of nostalgia proliferating among the current generation. Schrager knows this, and said he pounced on the idea. The decision to bring Ross on came about organically, rooted in this feeling. His team asked Ross if she would perform for the Edition’s opening night (after having performed closing night at Studio 54 in 1980), and she said yes.

“She was Steve [Rubell’s] favorite performer,” Schrager said, referring to his late Studio business partner. “I remember the first time I heard ‘Where Did Our Love Go.’ She was the soundtrack of my life. So it resonated with me.”