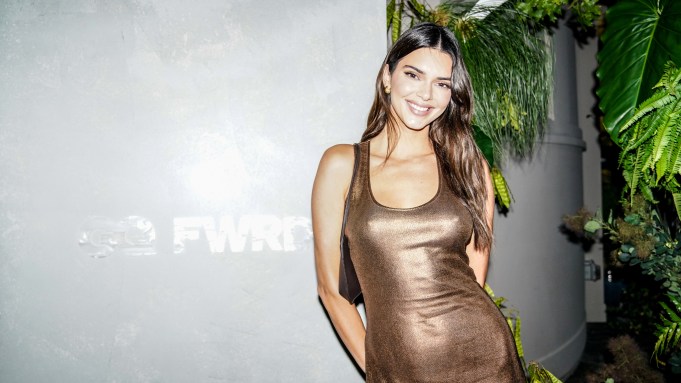 After getting some inspiration from the Marni show in Brooklyn, Kendall Jenner made a quick outfit change and was off to her own party, at The Ned Hotel in NoMad.

Cohosting the night with GQ editor in chief Will Welch, Jenner was celebrating the Fwrd fall campaign; she is the retailer’s creative director, after all.

NBA star boyfriend Devin Booker joined Jenner on her fashion week duties, attending Marni with her before joining her at the Fwrd party (interestingly enough, two of Jenner’s other rumored basketball exes were also at her party, Ben Simmons and Kyle Kuzma).

Jenner has been busy this NYFW, which marked her return to the runway for the Proenza Schouler show earlier. She was also seen front row at runway shows for brands Marni and Khaite.

The party circuit was a busy one over the weekend, with bashes thrown by Givenchy and Marc Jacobs on Saturday as well as Jenner’s, and Net-a-porter and Bloomingdale’s Bazaar Icons parties Friday. With a few more nights of NYFW on the schedule, the parties show no sign of slowing, either.