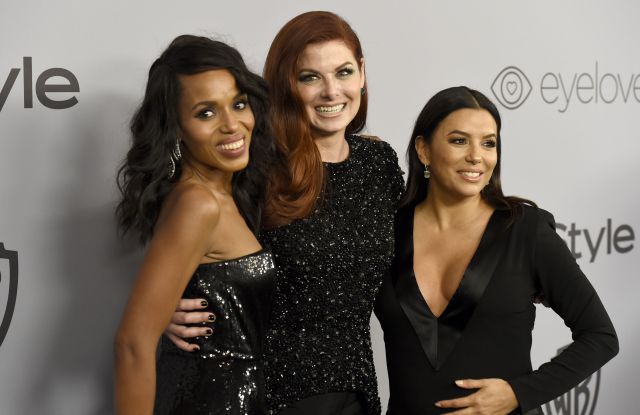 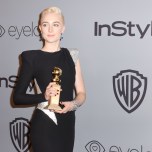 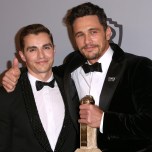 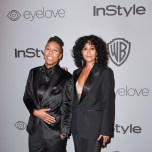 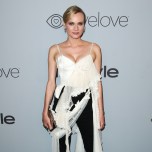 “Can I take a picture with you?” one awestruck young man asked Kendall Jenner and Hailey Baldwin, who were perched on a white banquette at the InStyle Warner Bros. post-Golden Globes bash. Baldwin happily obliged, while Jenner busied herself adjusting the plunging neckline of her sheer Alexandre Vauthier dress — a more revealing frock than the voluminous Giambattista Valli she wore on the awards show red carpet.

Jenner wasn’t the only one who changed — Best Actress in a TV Drama winner Rachel Brosnahan put on a more party-appropriate beaded sheath, Tracee Ellis Ross opted for slouchy tuxedo, and Heidi Klum threw her publicist’s jacket over her strapless gown. “Now I look like a server,” he cried, as several white-shirted and black-tie-wearing waiters cruised by with trays of canapés.

The annual party, held in the Orchid Court of The Beverly Hilton hotel, was already bumping by the time the winners arrived, because guests like Nikki Reed, Jamie Chung, Ever Carradine and Julianne and Derek Hough had already been eating dinner and watching the show there.

“I love the energy this year,” said Carradine. “Last year the mood was everyone was scared and angry. This year it is more hopeful.”

It put Ian Somerhalder in the mood, as he grabbed Reed’s clutch and shook it like a tambourine as he danced around her at the bar. On the upper level of the space, the Time’s Up ladies and their activist dates took up the center booths and appeared deep in conversation. Even Kerry Washington and Eva Longoria, who perched atop the seat backs, did their best seated shimmies as they talked.

Michelle Williams also met up with her BFF Busy Philipps at the party, and the two struck their usual cheek-to-cheek prom pose for photographers. “It looks like she’s cradling my stomach,” said Philipps. “No, I’m not pregnant,” she clarified.

“Hey, my girls and I are going to bounce,” said Williams, signaling that it was time to move on to the next stop, HBO’s kaleidoscope-themed bash.

To see pictures of the HBO Golden Globes after party, click here.

To see pictures of the FOX Golden Globes after party, click here.

To see pictures of the Netflix Golden Globes after party, click here.

To see pictures of the Amazon Golden Globes after party, click here.