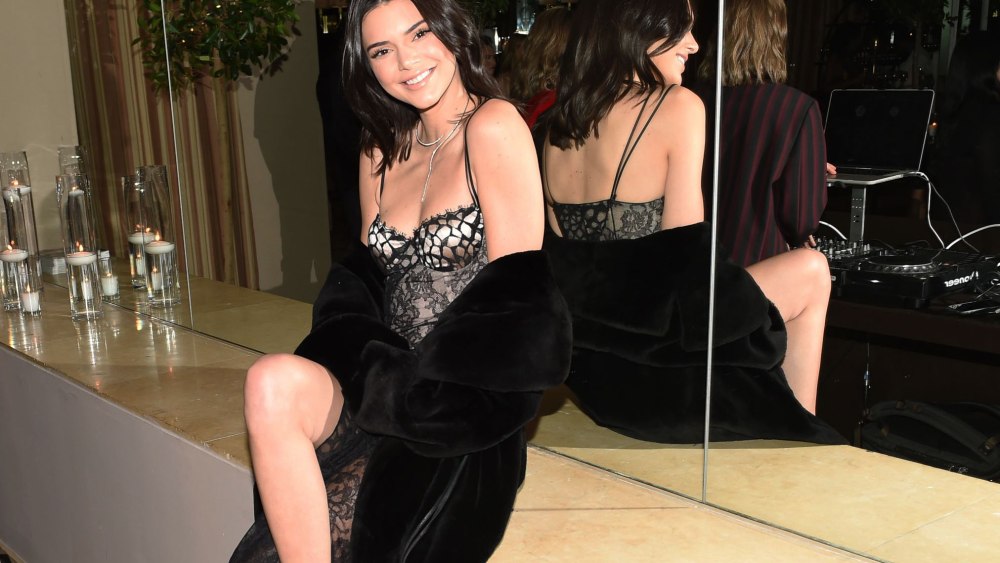 While the typical response to being noticed by the glossy was “honored” and “excited,” Hayek had a bit of a different reaction. “I feel a very strong relief,” she said, breaking into a smile. “My husband is in the fashion business. I’m so happy I made it into the 100th something. It’s going to make him proud.”

The sesquicentennial presented by Tumi, American Express, La Perla and Hearts On Fire brought out a laundry list of designers as well, including Tom Ford, Richard, Carolina Herrera, Laura Mulleavy, Gabriela Hearst, Lubov Azria, Rachel Zoe and recent L.A. fashion show coast-flipper Tommy Hilfiger. The designer doled out advice to all while complimenting his wife Dee Ocleppo, by saying, “Women should never try too hard. Never overdo it. Simplicity is so nice, as you can see by my wife’s dress.”

Inside the party swirled with guests like Jhené Aiko, Amber Valletta, Liu Wen and Elle Fanning; Kendall Jenner sat behind DJ duo Simihaze before sauntering across the room to hang with fellow Victoria’s Secret Angels Alessandra Ambrosio and Miranda Kerr. Nearby, Yara Shahidi struck a pose with Kiersey Clemons and Alia Shawkat took the dance floor with friends after recalling her earlier fashion days.

“It’s new for me, this whole fashion world,” the “Search Party” actress said. “I grew up in a small desert town in California. It was a lot of thrift store shopping in Palm Springs, a lot of older rich people would donate their clothes.” Now, the starlet is lending that inspiration to her character Dory and noted, “I’d compliment her on the street if I saw her.”

Another guest who shared a spirit of intergenerational dressing was Demi Moore, who showed up with daughters Scout and Tallulah. When asked by reporters if they’ve ever shared their wardrobes, Demi replied, “Tonight we are.”