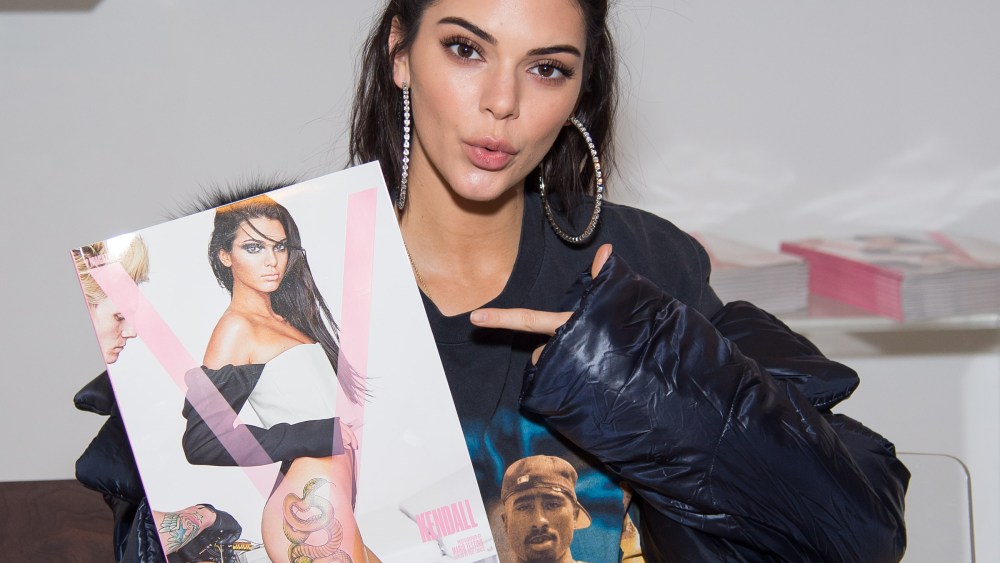 Kendall Jenner is happy to be in New York for Fashion Week, despite the slushy snow and sub-freezing temps.

“I literally landed right before [the blizzard] came in,” explained Jenner. “It was good though — I never really get a lot of snow [living in California].”

The model spent the latter part of Friday afternoon at V Magazine headquarters in SoHo meeting hundreds of fans and autographing her cover of the magazine’s latest issue, which features a vamped-up Jenner exposing a fresh (faux) tattoo for Mario Testino’s lens.

“Mario and I have grown a really amazing relationship,” explained Jenner. “Whenever he and I shoot it’s always colorful and happy and smiley and that kind of thing. To be able to shoot with him and be, like, sexier was really cool.”

The model — showing off a freshly cropped hairdo — held court in the vertex of a custom-built “V” table constructed from black walnut with government-grade aluminum legs by male model and craftsman Brian Shimansky.

Jenner stayed on for a party in the magazine’s disco ball-adorned office space where other models chatted with mere mortals over flutes of Perrier-Jouet Champagne (Brut and rosé, naturally) and Donna Summer’s “Hot Stuff” thumped a palpable energy into the festive room.