There was more of a reaction from folks when A$AP Ferg stepped into Industria Studios, where the party was held on Saturday night. 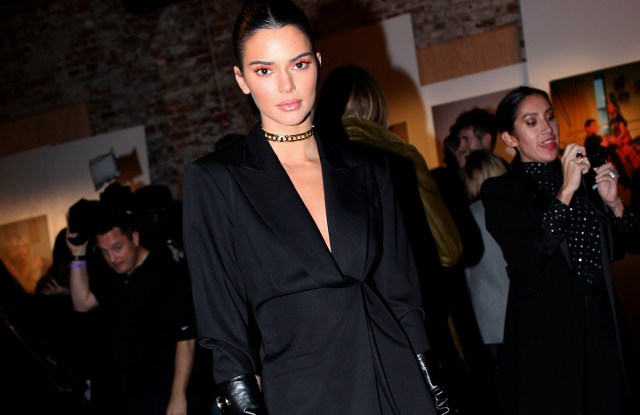 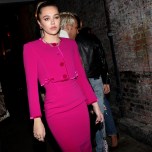 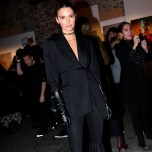 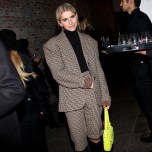 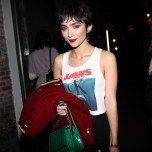 It’s a rare thing when Kendall Jenner’s arrival at a New York Fashion Week party doesn’t evoke utter frenzy. But the crowd at Renell Medrano’s photo exhibit “Modern Love,” hosted by Tiffany & Co. on Saturday night, was so fly that such was the case. Jenner walked in wearing elbow-length gloves and a black suit, a black scrunchie in her hair. She approached the DJ booth, where her friend Yung Taco — the Odd Future affiliate and brother of Syd Bennett of The Internet — played music, and greeted him with a slight Milly Rock. It appeared she’d skipped her niece Stormi’s first birthday party in Los Angeles, which sister Kylie Jenner posted on social media that night with reckless abandon. When asked to answer a couple questions, Kendall said, “I’m not supposed to, I’m sorry.” Besides a couple fans taking surreptitious (or so they thought) photos of her standing at the DJ booth, most of the crowd didn’t pay her much mind. There was more of a reaction from folks when A$AP Ferg stepped into Industria Studios, where the party was held; some gasped, others just gaped at him.

“My son loves you,” one woman told Ferg.

Medrano’s guests were a mix of her personal friends, Tiffany collaborators and couples featured in the series. There was Emily Ratajkowski, Rowan Blanchard, Dev Hynes and “Modern Love” models Wallette Watson and Deion Smith. They’ve been together for three years; Medrano came to their house and photographed for just over an hour before she pronounced she’d gotten the shot.

The 26-year-old Bronx native Medrano admitted she was feeling a bit anxious. “It’s been a long day, but let’s get it,” she sighed. She said her creative process entails not making detailed plans and putting together as little setup as possible. Her ethos follows the vein of Diane Arbus (whom she said inspired much of her imagery) and the DIY lifestyle-shooters-turned-art-photographers of the Aughts, like Ryan McGinley and Sandy Kim.

“I like to come on set, feel the vibes and go with it. That’s how I work,” she said. “I inspect the environment and let [my subjects] chill wherever they want,” she said. “If I feel like I got that one shot, that’s really it for me.”

Medrano added that she’s working toward a goal she’s had in mind for a few years — making a film that mirrors her upbringing.

“I want to make a short film, based on a young Hispanic girl growing up in the Bronx,” she said. “I can’t elaborate more — sorry — but that’s one thing I’m working on.”

“[Medrano] is very intense, she knows what she wants to shoot,” A$AP Ferg, who’s dating the photographer, said. He wiped beads of sweat from his forehead as he spoke, but kept his large black-and-white fur jacket on the whole night. “I don’t trust everybody with shooting me because I don’t let my guard down with any photographer. But with her, I can completely let my guard down and trust her vision.”

Ferg then stepped up to the DJ booth, embraced Jenner and filmed an Instagram story with her. She leaned on his shoulder and smiled big.