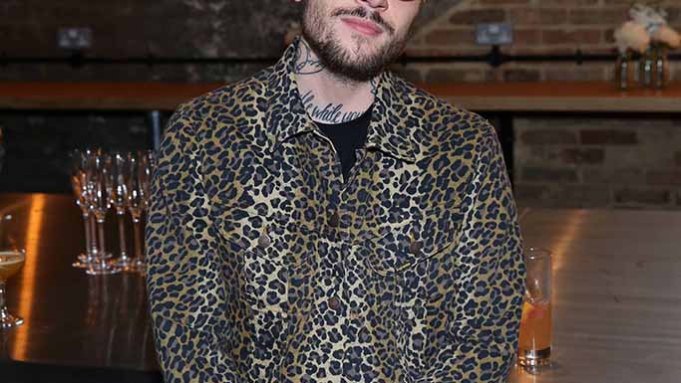 Fashion and royal revelers were undaunted by a 24-hour tube strike that caused epic traffic jams across London, partying in the East and West End of town on Thursday night.

Men’s wear designer Bobby Abley revealed plans to introduce a standalone women’s wear collection. “I think there’s been a lot of interest from women for my stuff,” Abley said. “So, I’m going to try to do more women’s silhouettes, rather than just putting them in my show as part of my men’s collection.”

Abley was taking the strike in his stride: “I actually walked from Shoreditch, so that’s not far,” said the designer. “But I’m meeting my p.r. in Soho — and that’s going to be difficult.”

London Underground workers downed tools on Wednesday night, in protest against plans for a 24-hour weekend tube service due to start in September.

It took Ryan Lo 10 minutes to walk to the Amazon party from his studio near Cambridge Heath. The women’s wear designer, who recently returned from a trip to Hong Kong, is working on his spring collection, and plans to collaborate with fellow footwear designer Sophia Webster.

“We’ve been friends for a while and I think we share very similar aesthetics,” said Lo, adding the collection is about Valentine’s Day. They’ll be doing flats and heels that will be sold as part of his collection, which will show during London Fashion Week in September.

“We’re doing a sexy shoe, a pretty shoe, a bridal shoe and then everyday. That’s how I design. The concept is women designing for women.”

Across town at Kensington Palace, Prince and Princess Michael of Kent were among the hosts of the first summer gala in aid of the Royal Ceremonial Dress Collection, a hoard of 12,000 items ranging from monarchs’ underwear to Queen Victoria’s coronation robe, to the dark green Catherine Walker dress Princess Diana wore in her final photo shoot with Mario Testino.

Historic Royal Palaces, the independent charity that oversees the ceremonial dress collection, was aiming to raise 100,000 pounds, or $154,000 from the evening’s event, which was organized in part by Glenda Bailey, Silas Chou, Bill Ford, Tommy Hilfiger and Marigay McKee, with help from Estée Lauder Cos. Inc. and Jo Malone London.

“You know how it feels to buy a new dress?” said Lucy Worsley, chief curator at Historic Royal Palaces during the cocktail party on the palace grounds in Kensington Gardens. “Well, it’s an even better feeling to buy a new dress for the dress collection.”

Worsley urged the crowd – which included Mary Katrantzou, Thomas Tait, Michael Ward and British First Lady Samantha Cameron – to donate, telling them about her recent disappointment in failing to buy a Versace dress worn by Diana, Princess of Wales, at auction because the money just wasn’t there.

Hilfiger and his wife Dee interrupted their summer holiday to attend the event. “I have yet to see the collection, but I’m here tonight,” said Hilfiger. “Glenda and Marigay called – and we came.” The Hilfigers had just arrived from Sardinia and were headed to Capri following the gala.