David Beckham showed off designs from the November collection. 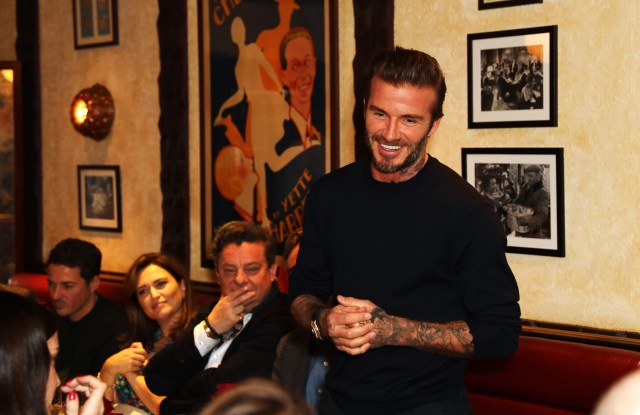 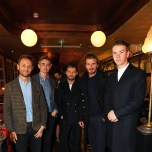 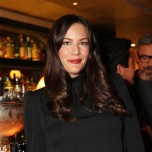 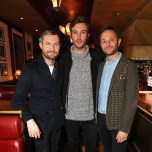 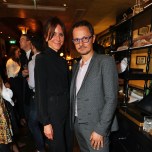 SOCIAL STUDIES: “It’s great, isn’t it?” asked David Beckham, proudly showing off his long military coat decorated with shiny buttons at Little Social restaurant in London on Wednesday night. “I probably should have worn the cotton one, though — it’s really hot in here.” The soccer star-turned-entrepreneur then swept through the crowd to make a quick call.

The coat he sported — which comes in wool and cotton versions — is among Beckham’s favorites from the debut Kent and Curwen collection designed by Daniel Kearns. Beckham, who has invested in the brand and will feature in its ad campaign, said he and the team worked hard to get the relaunch right and preserve Kent’s tailoring heritage.

“I don’t have much experience in the fashion industry — that’s my wife’s side of the marriage and the business,” admitted Beckham before the dinner held to mark the brand’s debut on Mr Porter. He said he was proud of its progress so far. “We’ve been working for quite a while to get this off to the right start.”

The in-season collection will arrive on Mr Porter on Nov. 29, and will be sold on the brand’s e-commerce site later this year.

“We’re building a tunnel that will run under Trump’s wall,” said Chapman, who creates alongside his brother Dinos. It’s called ‘Not So Berlin Walls’ — and we’re doing it in Mexico.”

It wouldn’t be the first time that tunnels figure in the duo’s work. In 2008, they had a show at London’s White Cube gallery called “You Dig the Tunnel, I’ll Hide the Soil.”

America — past and present — emerged as a big topic of conversation. Actor Will Poulter talked about his role as a police officer during the 1967 race riots in Detroit in an upcoming film directed by Kathryn Bigelow and shot in Boston. The young actor said he didn’t have to do much to nail the American accent. “We’re so exposed to it here from such a young age — the American accent is so dominant,” he said in his native London lilt.

Dinner ended with an elegant spin on the glazed donut. The sugary confections — minus their traditional holes — were piled high on tables alongside bowls of sugar and custard.

“Welcome to David’s world,” said one guest. “A mix of fashion…and gluttony.”