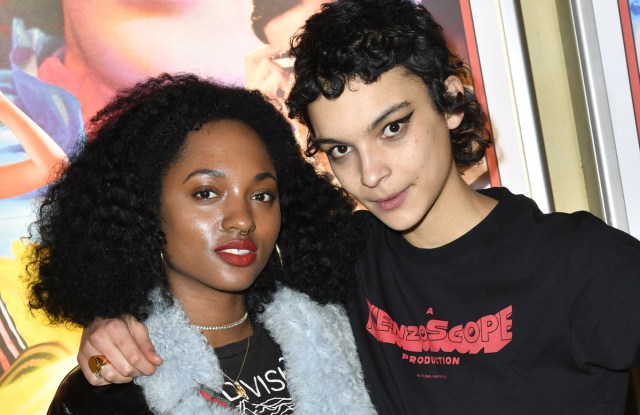 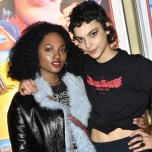 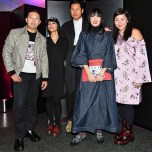 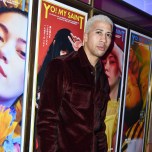 IT’S A WRAP: “Tonight, we party!” said Miles Chamley-Watson as he arrived at Le Palace, the once-legendary Paris nightclub and now a theater, for a party celebrating “Yo! My Saint,” the latest film project by Kenzo — not to be confused with “My Sister’s Wedding,” the one shot during Sunday’s show. Guests — among them designer Glenn Martens, performers Casey Spooner and Violet Chachki —were eager to boogie.

There were plenty of reasons to party: not only had the British-born American fencer won gold at the weekend’s competition, but men’s wear had wrapped that evening with the brand’s show, where another film had been shot. Its story was inspired by fictional versions of Carol Lim and Humberto Leon’s decade-long friendship, including an infamous hair-bleaching maternal drama.

The endearing awkwardness of this fictional episode of Lim and Leon’s friendship struck a chord in guests, who had their share of cringe-worthy memories for artist and curator Gabrielle Richardson and model and writer Jess Cole. “Gaby [Richardson] and I met at the Panorama festival, backstage. There was a trunk with beers, and I just reached for one. She just looked at me. And I thought ‘wow, this is so awkward, I’ve introduced myself as an alcohol scav’,” Cole, who walked the Kenzo show in a crinkly V-neck dress and ice blue brassiere, confessed.

Earlier, Yeah! Yeah! Yeah! front woman Karen O had a cameo in the live filming of “My sister’s wedding,” the movie shot on and around the runway along with all the guests at the show. “Bleaching my hair blond and it being a huge betrayal for my mom,” she remembers. “I showed up to the door and her face just fell. My mom’s Korean, so that’s like a major offense for an Asian mom.”

But an Asian parent wasn’t a pre-requisite to experience the cringing and heart-warming moments. “Oh god, the whole [show movie] thing reminded me of my family,” said Ana Lily Amirpour, who directed “Yo! My Saint.” “I feel like Iranians and Asians have a similar familiar culture. Our parents love us so much, and sometimes they don’t understand. They have to go through a lot of pain when we [bi-cultural children] find ourselves.”