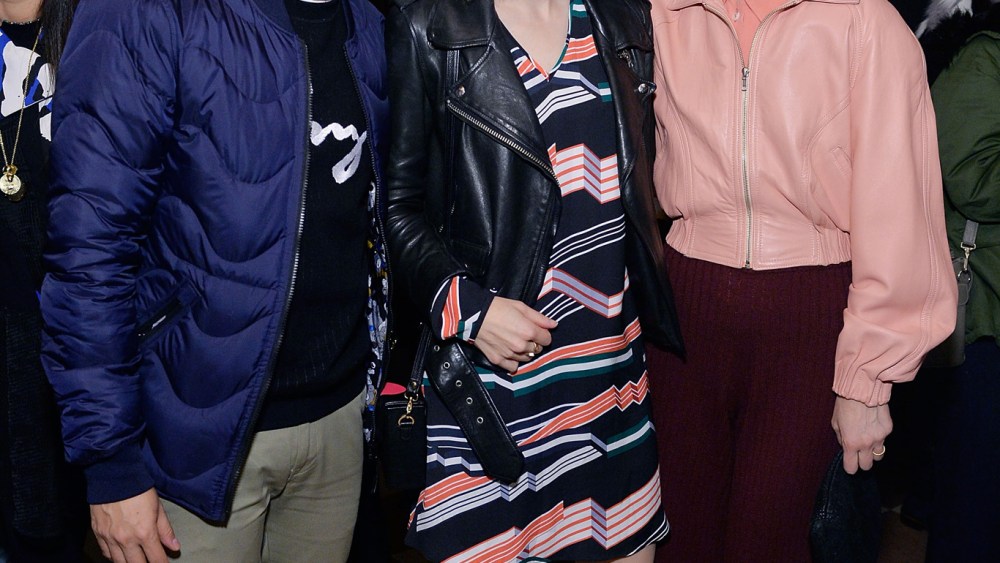 Kenzo creative directors Carol Lim and Humberto Leon on Friday hosted the premiere of “Snowbird” a short film by the buzzy “Tangerine” director Sean Baker timed to their spring 2016 collection.

Far from a typical fashion film, the short is plot-driven and focuses on characters and dialogue. That’s not to say that the clothes are ignored — the colorful printed dress worn by the film’s star, model-turned-actress Abbey Lee, benefits from Baker’s long, light-filled iPhone shots — but they are treated by costume designer Heidi Bivens as true wardrobe pieces for the cast.

True to Baker’s brand of filmmaking, “Snowbird” blends narrative and documentary while exploring a society that’s either marginalized or seen as “alternative.” The residents of Slab City, a California desert settlement that’s one of the largest “off the grid” communities in the country, were used as supporting players in the film, while professional actors Clarence Williams 3rd, Mary Woronov and Cameron Gentry had cameos.

Of the project (the first Kenzo short was directed by Gregg Araki for last season’s collection and the duo gave Baker similar carte blanche), Leon said, “We wanted to look at our advertising in a new way and thought, ‘Why don’t we work with a filmmaker we admire to create a film and use the print ads as posters for the movie?’ There’s something nice about a fashion film that has a narrative and a point of view and feels really authentic to the director. As fans of film and culture in general, we didn’t want to do something that was just surface and visual.”

Added Lim, “The clothing was really secondary. It’s a freedom in terms of what those words and story inspired in Sean; there didn’t have to be a direct correlation to the clothes. We like that it’s something else.”

For Lee, who’s had a breakout year with a role in “Mad Max: Fury Road” and has “Gods of Egypt” out this month and “The Neon Demon” in May, the project was a dream come true.

“I saw ‘Tangerine’ a few months back and I was so taken and moved by it that I got my manager to contact Sean and begged to meet him. Then it just so happened that this popped up and he thought of me, so I was really lucky,” she said.

Of improvising with the real residents of Slab City, she said, “I felt very obliged to try and accommodate them more than anything so it would make them feel comfortable and we’d get good stuff out of them.”

Although Lee is trying to pull away from modeling in order to concentrate on her fledgling acting career, “with acting, a part of it is also modeling, so you kind of can’t get away from it at all.”

As for Baker, the experience has opened doors for him in the fashion world, an arena he’s been keen to tap into for creative and practical reasons. “I work in independent film, where there is no money, so this is a really nice way of paying the rent and at the same time experimenting and being able to keep it fresh and contemporary.”