The actor discussed his starring role at the movie's New York premiere on Monday night. 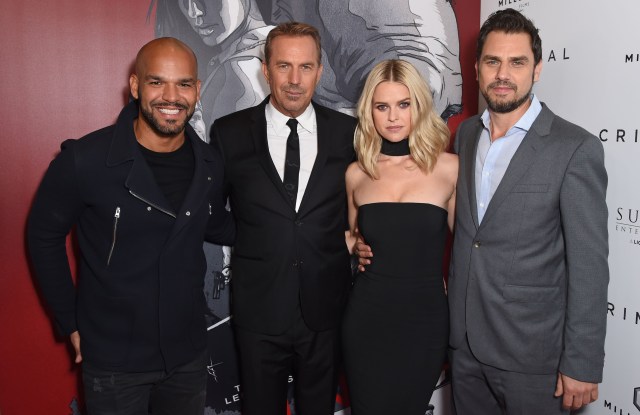 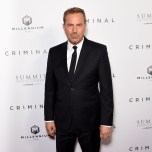 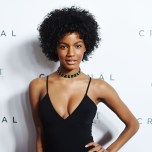 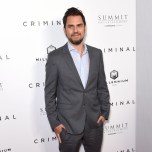 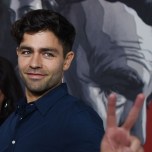 On Monday night, a procession of women in heavy makeup and heavily sequined gowns were taking turns posing at the end of the red carpet, presumably for their personal social media fodder. “Who are they?” wondered several reporters waiting behind the rope partition. While movie premieres often bring out the PYTs, most are easily ID’d with a glance at the last page of the tip sheet. A little investigation revealed who these interlopers were: “influencers.”

On the other end of the carpet, the cameras were going crazy for another influencer. Kevin Costner, clad in a black suit, was doing requisite press duties for his new film “Criminal.” He stars in the movie as Jericho, a death-row inmate who, against his will, has the memories of a slain CIA-agent implanted into his mind by an experimental neuroscientist. The violent and formerly empathy-lacking criminal is enlisted by the authorities to help locate a dangerous hacker, who has gained control of government missiles. Jericho resists, but spoiler alert: the redeeming quality of love becomes his motivation.

Israeli director Ariel Vromen had Costner specially in mind for the role.

“At first I said ‘no’ because I said ‘well, why do you think I should play ‘Criminal?’ What movie did you see of mine lately?'” Costner said. “And he said ‘Draft Day.’ I said, ‘shit man, that’s pretty all-American.’ Ariel just had a feeling about why he wanted to cast me.”

That feeling paid off, but first the all-American man had to roughen up his image for the role. And what better way to change his look than a new hairstyle? “I disappeared into the dressing room for about three hours, came out with that haircut,” Costner said, referencing his character’s menacing buzz-cut and accompanying surgical scars. “Nobody was watching me, and I came out with the holes in my head and the scars in the back of my head. Everybody kind of backed away.”

He may have spent the movie carrying another mind inside of his, but whose mind would Costner like to get inside?

“I’d kind of like to know what my wife’s thinking about once in a while, that would be really helpful,” he said.