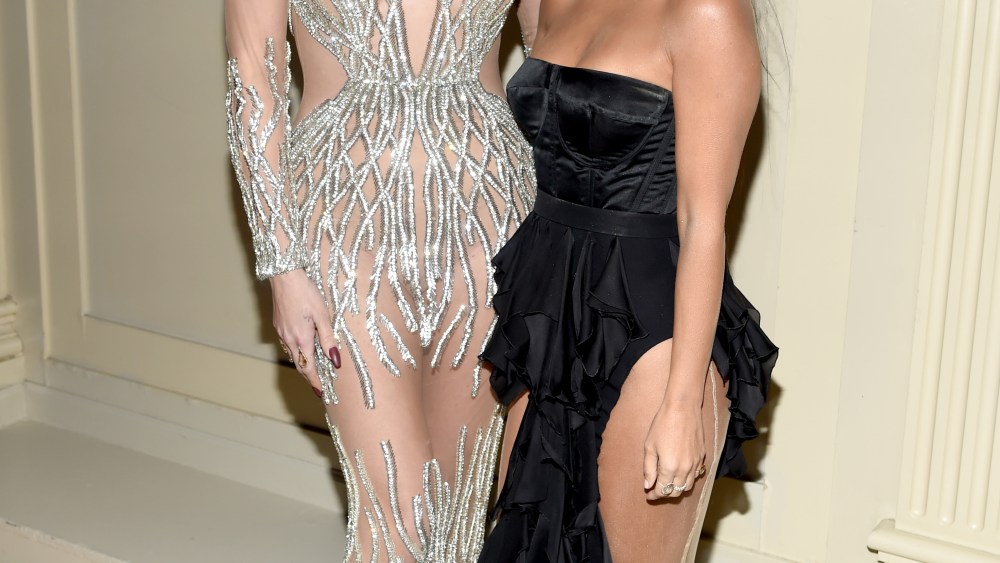 It was a waiting game outside of the 2016 Angel Ball at Cipriani Wall Street on Monday night. “Is that them?” bystanders would whisper nearly every time a black SUV pulled up to the venue. “Them,” of course, referred to the Kardashians. The late Robert was one of the night’s honorees, and anticipation was high, as Kim was expected to make her first public appearance since the robbery.

Khloé and Kourtney, along with Kris Jenner, attended in honor of their father, though not without a rocky — and late — appearance. Loud voices and camera flashes cued bystanders in to the family’s arrival, which prompted protesters to come out of hiding. “Shame on you, Khloé Kardashian,” a man shouted before being carried away by security. Most of the protesting seemed to be aimed at Khloé, particularly for wearing fur.

Kim was absent from the red carpet while her sisters and mother posed for pictures. A public relations representative insisted that Kim had already made her way inside of the venue, but a couple of hours later, outlets reported that she had skipped the gala entirely to fly back to see Kanye West, who had been hospitalized.

Dressed in Gucci, Denise Rich said that she and Gabrielle’s Angel Foundation had chosen to honor Robert Kardashian for a few reasons. “The Kardashians have been very supportive of our charity, Gabrielle’s Angel Foundation,” Rich said. “I just thought it would be amazing to honor Robert Kardashian. Besides him being an incredible human being, he also passed from cancer.”

“Cancer has affected my whole life, who I am, why I do what I do on every single level,” said Donna Karan. “I think it’s unacceptable that one out of every three people has cancer. It’s part of my life. It makes me who I am today. I wouldn’t be who I was had my boss not died when my daughter was being born.”

Tommy Hilfiger said that he and wife Dee attend the Angel Ball every year. Hilfiger global ambassador Gigi Hadid had hosted the American Music Awards the night before. “We caught some of it,” Hilfiger said, referring to the show. “She looks beautiful. She did a very nice job. We didn’t see the entire thing, though. Gigi’s amazing. I mean, this is the beginning of her incredible career and she’s got great style, as you know.”

Though he didn’t say what he thought of the model’s controversial impression of Melania Trump, Hilfiger did have some kind words for the future First Lady. When asked what he thought of Sophie Theallet calling on designers not to dress Trump, he suggested leaving politics out of the equation.

“I think Melania is a very beautiful woman and I think any designer should be proud to dress her,” Hilfiger said. “Ivanka is equally as beautiful and smart, although she wears her own clothes. I don’t think people should become political about it. Everyone was very happy to dress Michelle [Obama] as well. I think they look great in the clothes. You’re not gonna get much more beautiful than Ivanka or Melania.”