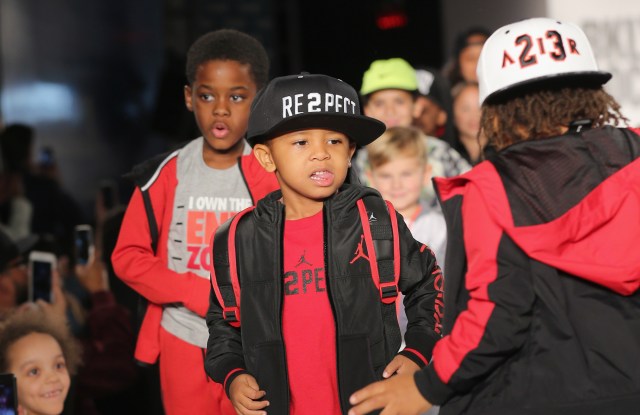 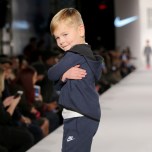 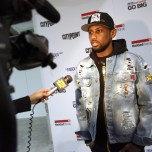 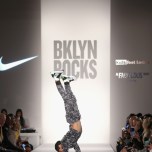 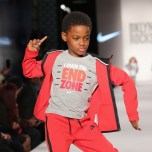 Cool and casual kids’ styles and the spirit of community took over the new City Point mixed-used complex in downtown Brooklyn the evening of Nov. 9, during the first “Brklyn Rocks” kids’ fashion show.

The event, which was also the first fashion show at City Point, was hosted by rapper Fabolous and drew a celebrity crowd — including Derek Jeter and his wife Hannah Davis, Nigel Barker, Teresa Guidice, Angela Simmons, CC Sabathia, Antonio Cromartie, DJ Camilo, Alyssa Cheatham, Power 105.1’s DJ Envy — to the event, as they cheered their children, nephews and nieces who walked the runway in Nike, Jordan, Levi’s and Converse clothes created by Haddad Brands.

The show opened with Fabolous giving a shout out to his Brooklyn roots and namesake nonprofit organization, A Fabolous Way, which helps New York communities in need.

“Growing up in Brooklyn, there weren’t a lot of opportunities,” said Fabolous. “It’s important for me to create or be a part of initiatives that benefit and help build a stronger foundation for our children. Because less opportunity becomes more opportunity to get into the wrong things in the inner city. My son Johan loves walking in the Kids Rock shows and I appreciate Haddad Brands for involving the community and helping show the kids that being charitable is a cool thing.”

Barker had his children in the show. “I try not to give them too many tips. Actually, I think the more natural they are the better.”

“We’ve shown at New York Fashion Week for six seasons now and felt it was the perfect time to take our show on the road or, in this case, over the Brooklyn Bridge,” said Fran Boller, executive vice president of marketing for Haddad Brands. “City Point and Kids Foot Locker were terrific partners. Together with Fabolous, we rocked Brooklyn!” Haddad’s kids’ fashion shows typically feature children of famous athletes on the runway.

All clothing presented on the runway is available at Kids Foot Locker, located at 440 Fulton Street two blocks from City Point. In addition, City Point launched its exclusive “Bklyn Born” collection including T-shirts, totes and hoodies, with 40 percent of proceeds benefiting A Fabolous Way.