Kiernan Shipka ‘Would Love’ to See a Ghost 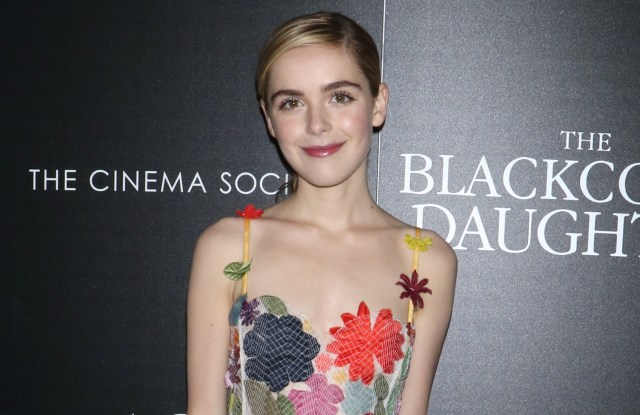 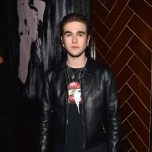 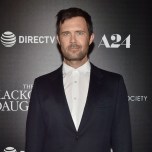 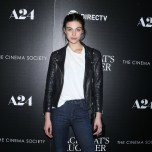 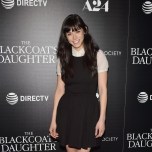 The mere thought of seeing a ghost is enough to scare some of us silly but not Kiernan Shipka. The 17-year-old actress shared her hopes for a ghostly encounter at a screening for “The Blackcoat’s Daughter,” hosted by A24, DirecTV and The Cinema Society.

Shipka, who plays a possessed girl in the “The Blackcoat’s Daughter,” revealed that she’s a horror film fanatic. She named “The Shining,” “Rosemary’s Baby” and “A Clockwork Orange” as her favorites, adding, “some of the best art films are horror films.”

Shipka may be down with the genre, but castmates Lucy Boynton and Emma Roberts are more hesitant. The two joined Shipka at the screening before heading to the after party at Jimmy at the James Hotel.

“Before [‘The Blackcoat’s Daughter’], I avoided horror films at all cost,” Boynton shared.

“I see one scary movie every few months because I get so easily scared,” Roberts explained. “I’m still recovering from ‘The Conjuring.’” My friends are always laughing that I do so many scary things. They’re, like, ‘You are the biggest scaredy-cat in the world and you’re on “American Horror Story,” “Scream Queens” and you’ve done all these scary movies.’ It’s a little ironic.”

Roberts revealed via Instagram earlier that day that she was starting a book club called Belletrist with her friend, Karah Preiss.

“We live in such a digital age that I think it’s important to remind people the beauty of tangible things like books,” she explained. “Obviously, we all love being on our phones all the time and we totally can, but I like the idea of creating something outside of that, but being able to talk about it online.”

First up for Belletrist’s members is “South and West” by Joan Didion — not a horror, one might add.