Kim Jones Toasts New Issue of A Magazine Curated By

The new face of Rimowa and artistic director of Dior Men's celebrated the publication's latest issue he guest-curated with Bella Hadid. 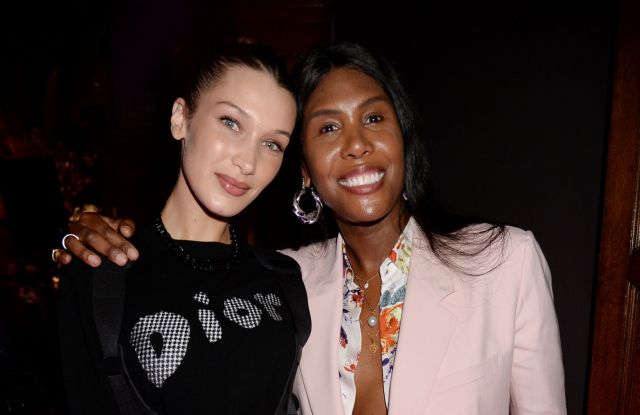 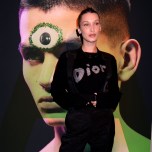 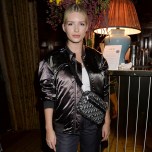 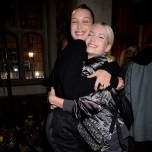 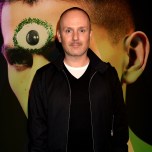 LONDON — Kim Jones is the latest to oversee the curation and edit of A Magazine Curated By, now in its 19th issue. On Wednesday, following an afternoon book signing at Selfridges and a meal with his team at the Delaunay, a famed Austrian brasserie, the designer threw a fun, intimate party at Two Temple Place, an extraordinary former private dwelling alongside the River Thames.

Celebrities from Bella Hadid and Lottie Moss to Kelly Osbourne and Lily Allen — most noticeable with a dark pixie crop and a $35,000 metallic Saddle bag casually slung over her shoulder — made an appearance.

There were plenty of other full Dior looks on show. YouTube star Icykof, known for his channel The Unknown Vlogs, which documents youth culture, wore a sheer white Dior monogram top, tucked into old Versace trousers, complete with an Alyx belt and Dior necklace and a Saddle bag.

“I’ve known Kim for at least six years since he was at Louis Vuitton,” said Dan Thawley, editor in chief of A Magazine Curated By. “He knew about the magazine and was a fan. We talked about him curating an issue for many years and now we’ve finally made it happen.”

According to Thawley, it was important for Jones to explore the project with his closest friends. “He has a lot of trust in people. That’s how his team works and he gives people a chance to shine.”

Inside the neo-Gothic venue hung works created by collaborators including Kaws, Hajime Sorayama, Nick Knight, Matthew Williams, Yoon Ahn and Raymond Pettibon, who presented multidisciplined letters on their subject of choice. (It began with Naomi Campbell’s “Africa” and ended with Amanda Lear’s “Zero.”)

Crutchley, who has worked with Jones on textile development since he was men’s creative director at Louis Vuitton, said the designer asked him to name something meaningful for the basis of his letter. “I picked E,” he said. “E for Edward, E for endangered [to highlight the use of] exotic animal skins” in the industry.

Blake Abbie, A Magazine Curated By’s editor at large, added it offered an opportunity for Jones to see all facets of his friends and family, and explore new aspects of punk to ethic object and pop culture. “Kim has been super open and dedicated to the project. It’s been a great process,” he said.

But Jones is also able to channel creativity into commercial ends. According to Stavros Karelis, founder and buying director of Machine-A, the influential London boutique that stocks pieces from Dior Men’s, customers are responding well.

“Items are flying off the rack [and our selection of] Saddle bags sold out in five hours. We are planning to double our order next season,” Karelis said, anticipating that “the clothing we are getting now will be popular with our customers, especially the tailoring, knitwear and harnesses.”

As midnight approached, the party saw no sign of waning as Princess Julia and Honey Dijon commanded the dance floor with their DJ sets.