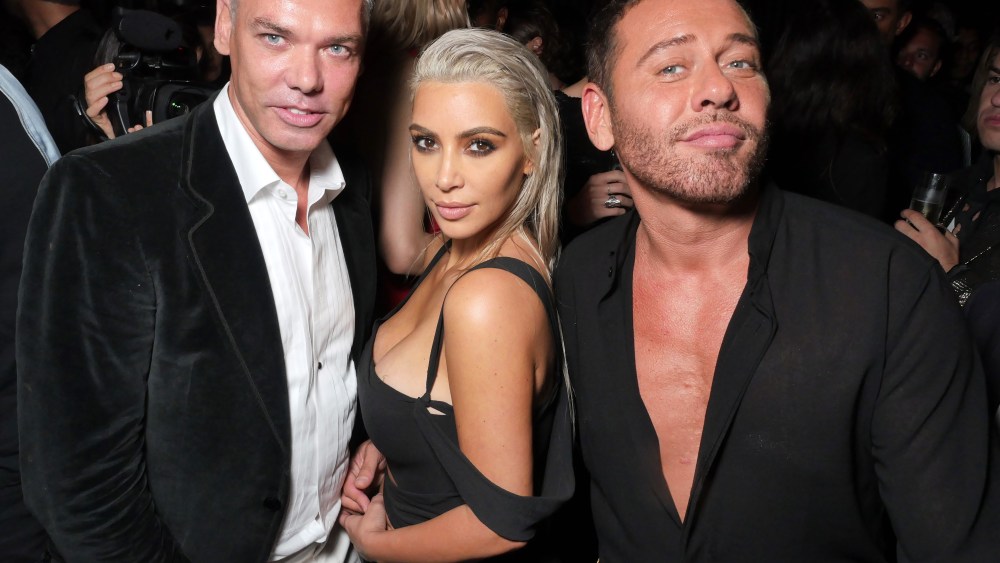 It was a cocktail party that proved chaotic. Then again, it wouldn’t be a Mert Alas and Marcus Piggott fete without a bit of insanity, would it?

Anticipation at the Public Hotel rooftop reached a fever pitch around 11 p.m., when Kim Kardashian and mother Kris Jenner were expected to arrive to Alas and Piggott’s book launch party. Kardashian, in all her wet hair glory, and Jenner, wrapped in fur, sent photographers spiraling, promptly producing a few bodyguards out of thin air to protect their court.

Unless your name was Kendall, Gigi Hadid, Bella Hadid, Jordyn Woods or Justine Skye (or Alas or Piggott, for that matter), you weren’t welcomed in. Even the waiter bringing ice practically had to crawl to get through. As Naomi Campbell and a smattering of models shuffled inside, the mood intensified, but when Nicki Minaj arrived, it turned dangerous.

Minaj and her entourage of nearly a dozen people waddled through, taking over an area exactly opposite the Kardashians. There was no room to move — forget breathing — but a handful of photographers tried to follow her anyway, pushing everyone in their line of fire out of the way and into the wall.

“We’re walking out of here because this is a disaster,” said one stressed member of Minaj’s camp to another not even 10 minutes after getting there. Nearby, a nervous looking Doutzen Kroes managed to perch herself up next to a sample of the book, so her friend could take pictures of her with it. “I’ve been waiting for this book for so long and finally, it’s here,” she said. “I saw a few pictures of myself already.”

Soon enough, security came to clear out the area, and only a pre-approved few were allowed to stay and photograph Minaj and Kardashian with the two men of the hour. Once the photo op was over, Minaj sat back down so a hairstylist could tend to her long pink-and-black wig. It was midnight by then, and all the VIPs, including Alas and Piggott, were leaving. They were presumably going to an after party, though it wasn’t the one the photography duo was throwing downstairs.

“I worked with them, I don’t know, seven years ago or something,” said Cindy Crawford before the party bubble burst. “I was excited because they’re the new face of fashion photographers. They really appreciate the legacy and history of photography, but they reinvent it in their own way. I always love working [with them]. They come in with a strong idea, they know exactly what they want and as a model, it’s nice to know that they know what they want and all you have to do is give it to them.”

Crawford has been chaperoning model daughter Kaia Gerber, who briefly appeared at the party with her mom after earlier making her runway debut at Calvin Klein. “I want her moment to be her moment,” said Crawford.

Also in the mix were Lauren Jauregui and Dinah Jane of Fifth Harmony with collaborator Ty Dolla Sign. “[Alas and Piggott are] so creative and so genius,” said Jauregui. “I love everything about their photos. They’re so creative and different. Statements.”

“It’s really them stepping outside the box,” offered Jane. “Something that you’ve never seen before. I just love how they capture things and moments.”

Downstairs, the after party raged on. The crowd was mainly friends of friends and up and comers like Camren Bicondova and Larsen Thompson, who had just come from the Refinery 29 29 Rooms party in Brooklyn. Alas and Piggott, however, were nowhere to be found — presumably having shuffled off to safer environs.