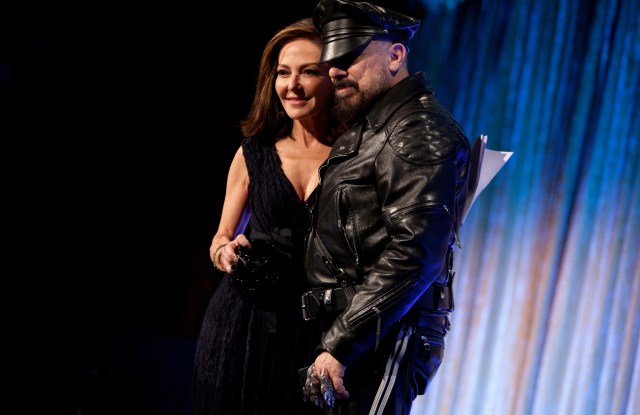 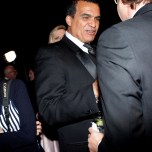 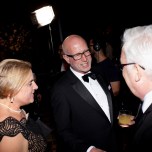 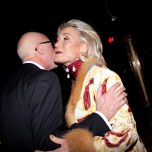 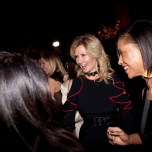 “It’s wonderful to have something that blends perfectly our industry with doing something special that’s for New York kids,” said event co-chair Jamie Drake, who mingled with vice chairs Alexa Hampton, Mara Miller and Jesse Carrier during the cocktail reception. “I don’t have children who live in my own apartment, but it’s like I have 10,000 kids and it’s a wonderful thing.”

The sold-out event saw its highest attendance yet with more than 650 guests, including designers Tony Ingrao, Richard Mishaan and Suzanne Kasler. Marino accepted the event’s Lifetime Achievement Award just off the opening of his latest project, designing the Chanel flagship in Seoul, South Korea.

In his signature head-to-toe leather, Marino took the stage — briefly. “I have a theory that everybody’s here tonight because we all care and we all care about two things: we care about the kids, and we care about our visual environment,” he told the crowd, calling the Boys & Girls Club “one of the most positive organizations in New York.”

The Presidents Dinner heralds the Boys & Girls Club’s biggest fund-raising event of the year, the Decorator Show House, which is open to the public beginning May 2. A group of 23 designers have six weeks to transform a town house at 36-38 East 74th street, which will be on view for a month.

“We’ve got a real mixture of the old guard and new budding talent, which is what makes it so interesting,” said Presidents Dinner co-chair and design luminary Bunny Williams. Vicente Wolf, Sheila Bridges and Paloma Contreras are three of the designers whose rooms will be featured in the town house.

“I probably went to the first Kips Bay Decorators Show House when I was in my late twenties, and the show house has been such an influence on me as a designer,” recalled Williams, who has chaired the Presidents Dinner since 2012. Her love for the Boys & Girls Club is what’s kept her coming back. “You can’t help but want to be involved in it because the kids are so amazing,” she said.