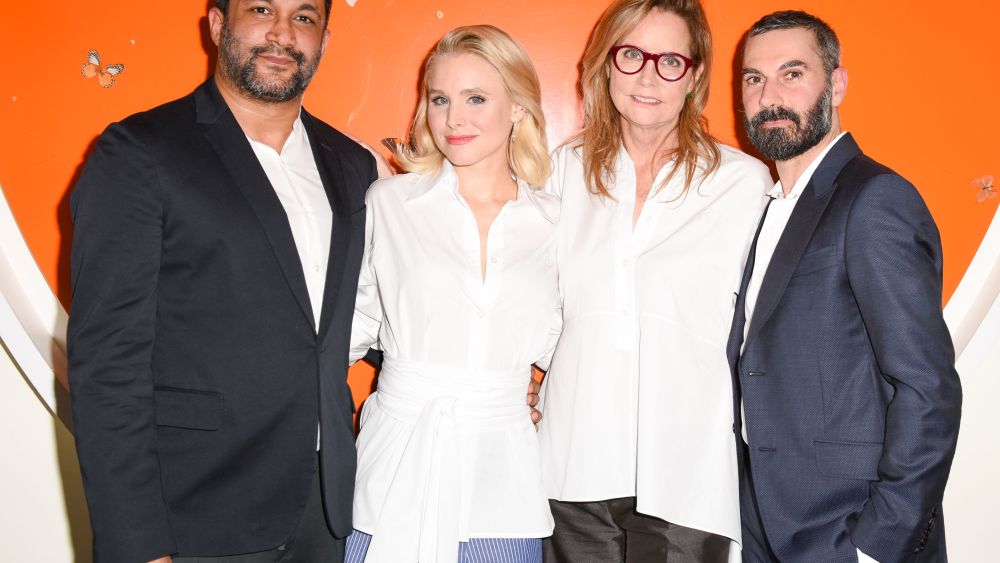 Thursday evening at Cecconi’s in West Hollywood was a study in contrasts.

As cameras flashed and waiters squeezed by small clusters of guests chatting away at a private area for a dinner hosted by Tome and Swarovski Collective, it was juxtaposed with the evening’s darker undertones to raise awareness for Freedom for All. The charity raises money to go to freeing girls and women from human trafficking and slavery.

The organization’s founder Katie Ford met Tome designers Ryan Lobo and Ramon Martin about four years ago through her family’s modeling agency that she previously helmed as chief executive officer. The White Shirt Project, a capsule collection released every six to nine months, aims to raise awareness and also donates proceeds from sales to the charity.

“When we met Katie we just wanted to find a way to promote what she’s doing because she’s actively and quite literally saving lives,” Lobo said. “They’re on the ground in the Philippines or Mozambique or Jersey actually saving people’s lives and she doesn’t have time to be a publicity machine behind what she’s doing and what we thought we could do is use what we do in fashion.”

The dinner also celebrated Swarovski’s partnering with Tome on the fourth and latest iteration of the white shirt — sold at Net-a-porter and Tome’s online site — to offer buyers the option of now being able to monogram their initials in crystals.

The charity has managed to harness the support of celebrities such as Kristen Bell, January Jones and Mena Suvari — who were in attendance at the dinner — to lend their names and time to the organization. Other dinner guests included Natalie Joos, Louise Roe and China Chow.

“I just couldn’t believe how many people there were in slavery today and I didn’t know it,” said Ford of how she became involved in the cause. “I had so many contacts in business and I thought, ‘I think we can do something around the world.’”

The charity is now focused on expanding and studying other similar charities’ programs to potentially replicate them elsewhere. Ford also hopes the organization can help more people.