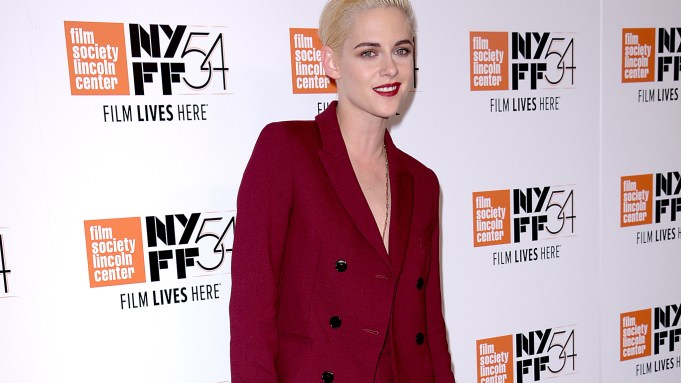 Monday night at the New York Film Festival, it was all about women. On the heels of a weekend filled with pundits debating and dissecting women’s lives in the public eye — from Kim Kardashian’s robbery at gunpoint in Paris to the possible unveiling of the identity of cult Italian novelist Elena Ferrante — the timing of the premiere of Kelly Reichardt’s “Certain Women,” a story star Kristen Stewart called a “very female story to tell,” marked a poignant coincidence.

The film features Michelle Williams, a frequent collaborator of Reichardt’s, along with Stewart, Laura Dern and newcomer Lily Gladstone, in a narrative that gives three glimpses of female life in the American West.

“Kelly’s movies are really, really quiet, and really, really loud,” Stewart said. “I think she makes movies about things that other people wouldn’t highlight, and to me that’s really f—ing bold. She focuses on the moments that happen between the moments that most people would put in movies. And as an actor, it’s really vulnerable to have little expectation, and it’s really vulnerable to be expected to just be and not deliver something, and not show something but just accidentally reveal something. She’s really good at that. And also, American indie movies are all kind of messy, and I love that, I f—ing love that, but hers aren’t — hers are so composed. I don’t know, I love her movies. I would’ve done anything with her.”

Reichardt herself, a director known for her work in Oregon, headed slightly east to bring to life the stories of writer Maile Meloy, who grew up in Montana.“[I think she] wrote a lot of those stories with Montana in mind,” the director said, “so the stories started out specific to that place. Just finding Maile’s story made me want to go out West. We had sort of shot Oregon to death, so we were looking for a new adventure — Montana was that very new, very cold, cold adventure.”

It was also a new adventure for Stewart, who visited the state for the first time thanks to the film. “I drove from L.A., because my character does a lot of driving in the movie, and it’s so beautiful,” she said, “and the people are kind of really exceptional. Somebody said something in an interview earlier, that these women are hearty, and that’s a really good way of putting it. They’re hearty — it’s not like a strength or gusto, it’s f—ing hearty. There’s a lot of be done, and all three women are fairly remote and there’s this protective nature, and I want to get in there.”