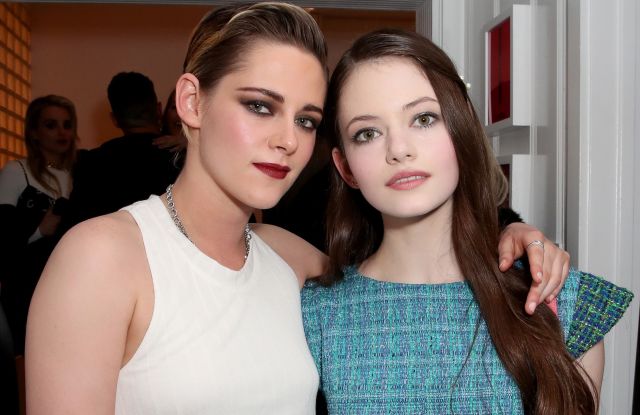 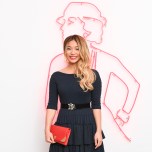 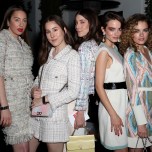 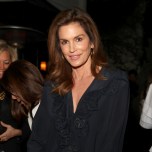 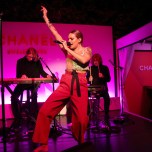 Call it a mother-and-child reunion of sorts. Kristen Stewart and her “Twilight” daughter Mackenzie Foy were among the young old friends who met up at the Chanel Beauty House debut in Los Angeles on Wednesday night.

“It’s a back-to-front full-circle story,” said Stewart, referring to the symbiotic relationship between herself and the house: she’s an official muse, and Chanel has supported her films “Personal Shopper” and “Sils Maria” with wardrobes and press tour garb.

“The first two times I ever met Karl [Lagerfeld], or the team he worked with, which definitely came before meeting him, I saw they have an ease in which they approach aesthetic. While being visionary and revolutionary, they also know how to accept people for who they are and allow that to inform the story they want to tell. So I never felt like I was working for someone who was like, ‘Listen, I need you to look a certain way, I need you to say this thing.’ They always, as I grew up, felt my trajectory and energy and worked with it. In a business that’s totally about looks and how you present yourself, that’s a really honest way of doing that. And it’s totally not normal. I was like, ‘Yeah, I would love to help you tell your stories and help you make your art. I do something else entirely, but if you think this dress will do the thing and I respond to it…’ To watch people who do that, especially as an actor, it’s kind of the same feeling you have when you see a director find their vision,” she said.

The Chanel ambassador was the biggest star at the event, but the competition was stiff with myriad social media activations and a backyard performance by Tove Lo providing sensory overload for the Gen Z and Millennial set.

That included Olympic gold medalist Chloe Kim, who happily changed out of her snowboard gear in favor of a youthful Chanel LBD and high-heeled sandals. “I’m a California girl, so I like makeup and getting glam,” she said.

“Holy s–it, that’s so cool, congrats,” the latter told Kim as the two were introduced while entering the historic house on Sunset Boulevard that has been transformed into a four-day experiential beauty pop-up, with free Eventbrite tickets available to the public.

Inside, a series of rooms allowed for selfies, Boomerangs and Instagram stories of all sorts to promote the house’s @welovecoco platform, aimed at luring the younger set into buying more makeup, namely, lip products. A virtual lipstick try-on mirror, virtual lipsticks for writing on another mirror, a bathtub full of faux pearls, a streaming lip cam photo booth, and Boomerang-ready pink swing were among the diversions on offer.

“I actually got to lie in the bathtub earlier, and I have to say, it felt pretty good,” said Jhene Aiko.

Aiko was among the musical performers who came as guests that night, including the Haim sisters Estee, Alana and Danielle; Rainsford; her boyfriend Twin Shadow, and Cyn, who will be performing at the Beauty House on Thursday evening.

Meanwhile, Lo was ready for her first Chanel gig. “I think I found my favorite lipstick tonight. It’s rave-y glamorous, which is my favorite kind of vibe.”