The dinner marked the 10th annual event to raise money for the Kuwait-American Foundation. 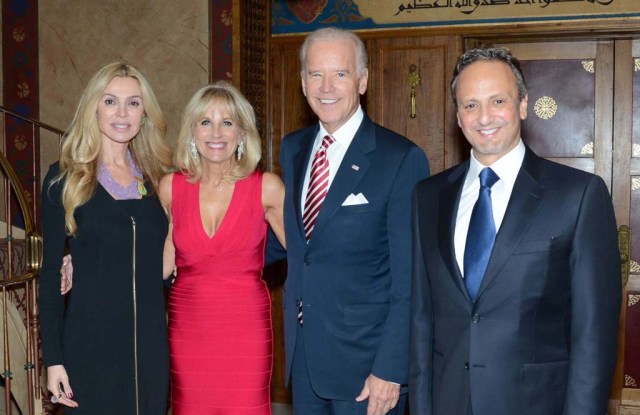 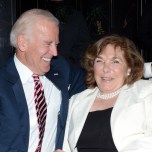 High fashion can be a dangerous hobby, especially for anyone in Washington where politicians work hard to appear to be “just folks.”

Nancy Reagan and Jacqueline Kennedy both had their problems for loving fancy French designers. But neither ever got caught in a position where their love of fashion led to an insult against one of their country’s closest allies.

The Obama White House suffered a close call last week at the Kuwaiti embassy when White House Social Secretary Jeremy Bernard, a fashionista of the most unabashed order, unwittingly committed a major breach of protocol. In his enthusiasm to show Commerce Secretary Penny Pritzker his shiny black leather Christian Louboutin brogues, he made a gesture that in the Muslim world is considered a major offense. That he did it to a woman on Muslim soil, which every embassy represents wherever it may technically be located, shows just how hard it is to party down in today’s multicultural and highly charged political climate.

The party, hosted by Kuwait Ambassador Salem al-Sabah and his wife Rima, marked the 10th annual dinner to raise money for the Kuwait-American Foundation. In all, the couple has raised $20 million for the foundation which this year is supporting the Bob Woodruff Foundation started by Bob Woodruff and his wife Lee after the ABC newsman recovered from critical injuries suffered in a 2009 roadside injury in Iraq. The dinner began with a welcome speech from White House Chief of Staff Denis McDonough, introduced to the crowd as “President Obama’s gatekeeper” by Rima al-Sabah’s hand-picked moderator, CNN’s chief Washington correspondent Jake Tapper.

Whether to persuade Kuwait to join America’s coalition to fight Islamic terrorism or to celebrate a fellow White House insider — or perhaps just to get a break from a bad case of preelection jitters — the Obamas’ inner circle turned out in force.

Vice President Joseph Biden breezed in to the pre-dinner reception, plopping himself down on the sofa next to Teresa Heinz Kerry, who also got an ovation for her 76th birthday. “I think Teresa likes me better than she does John,’’ boasted Biden, while Secretary of State John Kerry worked the room filled with executives from Shell Oil, Dow Chemical, and other corporate veteran sponsors of the Kuwait Foundation. Also on hand was United Nations Ambassador Susan Rice.

As guests gathered around their tables, the White House social secretary, who one would assume would know questions of foreign etiquette, lifted his shoe and called on Pritzker to take a good look at the bottom of his sole. “They’re Louboutin,” he said, picking his shiny black shoe up a second time to reveal the red lacquer signature sole. Pritzker, among the most well traveled members of the White House cabinet aside from Kerry, appeared to wince. “Jeremy has a thing about my shoes. He’s always commenting on my shoes,” said the Hyatt hotel heiress. Fortunately for all involved, no Kuwaiti saw the gesture, one of the worst insults possible in Islamic society.

Fashion was also on the mind of Rima al-Sabah, in her black Roland Mouret, as she explained, “Victoria Beckham used to wear his designs and then when she started doing her own line, she copied them with the same long zippers.”

On the political front, Debbie Dingell seemed reluctant to be caught partying less than a month before the November election. Dingell is running for Michigan’s 12th congressional seat to succeed her husband, who retired this year after taking over the seat in 1955 when his own father retired from the job. “I’ve been out in the district the last 65 days,” said Dingell. “That’s why you haven’t seen me at any parties like this.”

During dinner, guests kept a close eye on Rice, seated next to the Kuwaiti ambassador, wondering if she was trying to convince her host, a senior member of the Arab country’s ruling family, to encourage the emir to join the coalition led by the U.S. to fight Islamic terrorism.

As guests made their way to the line for valet parking, Ambassador al-Sabah had no problem letting WWD know the answer to that question.

“Our constitution prevents us from participating in any air strikes, but we provide logistics from the ground,’’ he said with all the grace of a true Arabian prince — which is exactly what he happens to be.