The makeup mogul and reality show star was on hand for the launch of the shoe’s refreshed style. 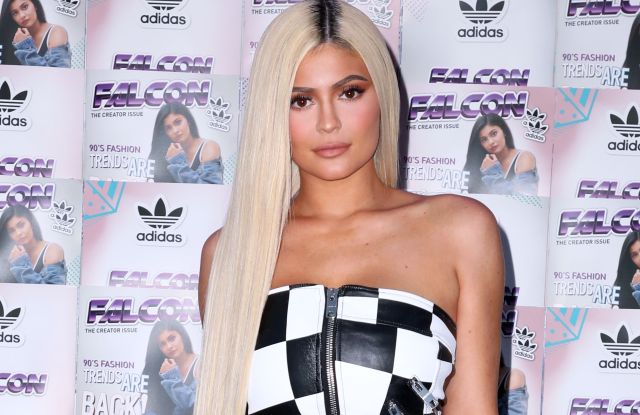 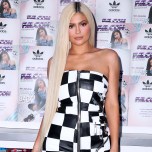 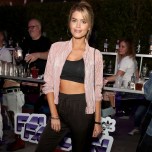 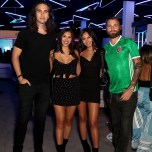 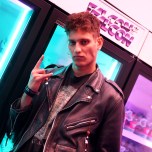 LOS ANGELES — “What’s this for?” a passerby along Sunset Boulevard asked a couple waiting in line.

He was slightly taken aback after he was told the two lines — one for media and one for other guests — were for an Adidas event. “I thought it was a club,” he said as he walked off past the bumping music emanating from behind the walled-off entrance facing the street.

It was a purple and teal kind of night for the L.A. VIP and media preview, as Adidas Originals celebrated the launch of its revamped Nineties running shoe, the Falcon Dorf, which originally debuted in 1997. The party included an appearance from Kylie Jenner, who is featured in the new Falcon ad campaign — particularly apt considering the two share the same birth year.

As the check-in lines continued to grow outside, one restless guest inquired why the line stopped moving, to which he was told by someone checking people in and doling out access wristbands that Jenner was not done taking her photos inside. “We’re not letting anyone in because she’s taking her pictures. Content. Content, right?”

Adidas filled its event space with enough things to snap and selfie with to generate plenty of content for social media, all while giving the term “adaptive reuse” a whole new meaning.

The sportswear firm took over a former gas station on Sunset Boulevard — with gas pumps and convenience store on site — and produced copies of a Falcon-themed magazine made especially for the event, featuring Jenner as the cover girl.

Guests swayed to a DJ set from Brittany Sky and could walk through the convenience store, which served as a mini-homage to the Falcon with a claw game offering prizes such as a pink fanny pack, mini stuffed teddy bear and Adidas mystery box. There was also featured product to buy, including the Falcon, which retailed for $100, a $120 jumpsuit, $70 hoodie, $100 bodysuit, $40 tight and $80 snap pant.

A food truck stationed near the entrance served up chicken wings, tenders and waffles. There was also custom embroidery on site and payphone photo booths.

Jenner, who declined any interview requests that evening, said in a prepared statement she’s “always loved Adidas and it’s exciting now being part of the Originals family, especially for the Falcon.”

The pop-up experience opens Friday and Saturday to members of the public, who registered for the event. A spokeswoman confirmed Thursday evening RSVPs for the two-day experience hit capacity.