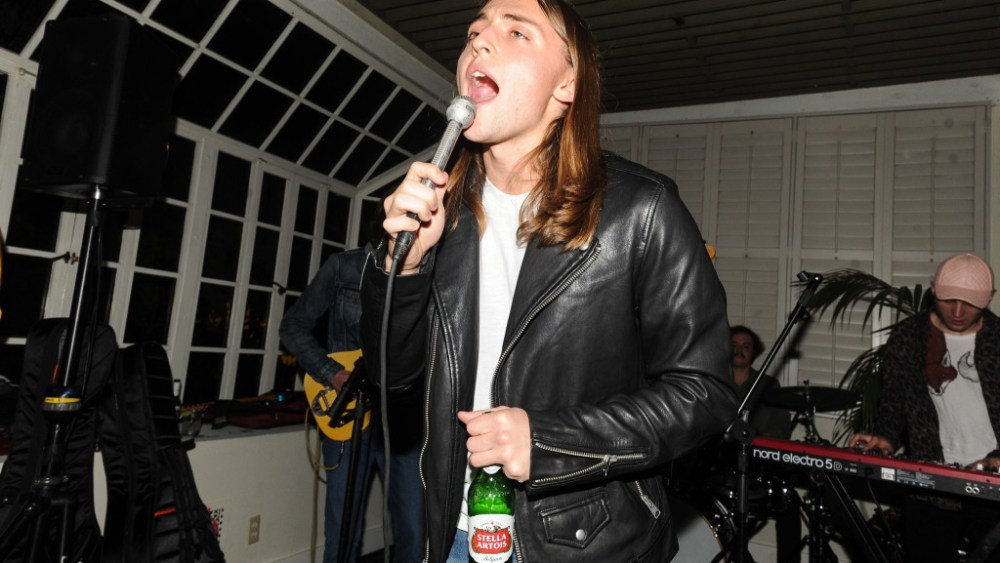 Late on Thursday night, Los Angeles’ edgier crowd of artists, musicians, actors, models, skaters — in leather skirts and jackets, ripped tights and denim — were out dancing to the sounds of Fleetwood Mac and The Cure inside a bungalow of Chateau Marmont, where AllSaints celebrated its 25th anniversary.

“Where else?” replied the London-based brand’s creative director, Wil Beedle, of the choice in location. The brand moved its New York City offices to L.A. in 2015. “Truly, where else? Chateau Marmont brings everyone together all the time. It’s timeless.”

The rock-‘n’-roll-punk vibe of the label mirrored its setting inside L.A.’s legendary hotel, built in the Twenties and where tales have been told for decades, stories like The Doors’ Jim Morrison seen hanging dangerously from a room window or Led Zeppelin’s John Bonham driving a Harley Davidson straight down the lobby, destroying everything in his path.

The party was kicked off in L.A., because the city “has been so pivotal in the brand growth,” shared Beedle outside by the pool, moments before Arsun — the band led by Arsun Sorrenti, son of photographer Mario Sorrenti — took the stage.

“I came here six, seven years ago and was amazed at how the city had taken to the brand,” continued Beedle. Next, the international label and retailer, founded in England in 1994, will head to Paris and London, among other cities, to toast the occasion. “It was quite unique, and I found it inspiring, so I came back the following year to produce a film called ‘Def in Venice’ that became a pivotal piece of work and how we transformed how we were communicating the brand, from traditional shoots to going into communities, finding inspiration and documenting them.”

Those very people were there tonight, he said, those “who we’ve shot and worked with over the last 10 years. Kids we found skating down by the beach who then became professional models. They’re all part of the brand journey, so we wanted to celebrate with them. Ultimately, whoever we’re collaborating with, we’re casting, they inspire us. It’s the community that feeds our inspiration.”

“AllSaints definitely embraces all walks of life and also respects heritage and authenticity in a way that a lot of creative people can relate to,” said Hilfiger. “Their ethos of always focusing on quality and not too, too trendy but remaining classic and true to their original heritage is what it’s all about.”

A classic AllSaints leather jacket was an item “The Florida Project” actress Bria Vinaite had always covered, she shared, clad in one. “When I was younger, it was something I always wanted,” she said. These days, the actress, who was discovered on Instagram, still gets recognized for her breakout role.

“I feel like, it’s one of those films that the people who have seen it, they got affected by that story,” said Vinaite. “It’s been really amazing to see so many people around the world, in places I would never imagine, come up to me. It’s always just so mind-blowing.”

“That was the first script I ever read,” she continued. It was also her very first project. “I realized, ‘Oh, I’m never going to get something that special,’ or at least not for another however many years. Things like that don’t come around often…I’ve been very particular, because I feel like there have been a lot of scripts I’ve read where the story has been told a million times, you know? I would rather be patient and wait for the things I connect with instead of just working for the sake of working.”

She’ll next shoot a film called “Habit” in December, she said, keeping mum about the details: “It’s going to be really, really fun. I love the director and everyone in it. I feel like it’s one of those stories that’s just going to be told in such a beautiful, artsy way.”

That night, she was celebrating a milestone of her own. “It’s actually my year anniversary in three days,” she said of her move from New York City to Los Angeles. “Literally all my friends from New York, everyone who’s here in my friend group, we all just sort of migrated, and it’s been nice.”

“It’s the space, honestly, and the weather,” she added. “You have more room for yourself.”

“We’re part of a great migration from New York, London, Paris, even Russia, China,” said Hilfiger, who made the move herself with her husband, artist Steve Hash. “There are empty warehouses and factories, and there are workers ready to work. There’s accessibility like no other place right now. And it’s always sunny.”