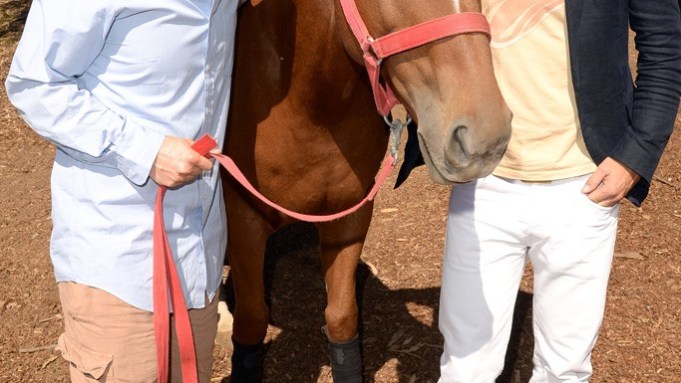 The fourth annual Veuve Clicquot Polo Classic in Will Rogers State Park took place on another summery Saturday in Pacific Palisades. While many of the guests were repeat attendees, the format changed up from tented cocktail affair to picnic tables under strings of lights. As such, host and Team Black Watch captain Nacho Figueras took the opportunity to sport a more casual pregame outfit: “White jeans for sure because that’s what I use to play polo. But I thought with the way we’re doing it this year, which is a lot more laid-back, to wear a rock ’n’ roll T-shirt,” he said of his Rolling Stones shirt.

Mandy Moore followed the casual lead: “Considering that it is a sporting event, I figured out quickly last year that heels were not the easiest way to get around. So I planned around a flat shoe and something that would be cool.”

Traditionalist Minnie Driver, whose father and stepfather both played the sport, followed English custom by wearing white. “It’s an extremely athletic and competitive sport, but they seem to be out for fun today,” she said of the relaxed air of the exhibition match, as Figueras’ 13-year-old son Hilario scored a goal, to the delight of the fans. The day was in part, after all, about the bubbly. Said Ashley Madekwe, “My favorite part is the Champagne.”