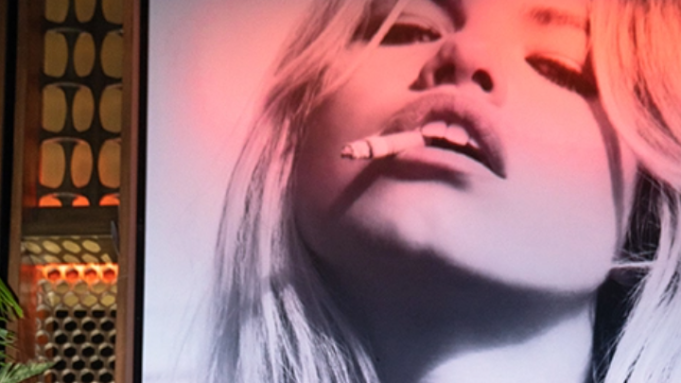 That’s certainly the case in Los Angeles these days with the rise of exclusive or members-only establishments like the San Vicente Bungalows, which bans photography. The town’s newest hot spot is Offsunset, a bar and lounge that opened quietly over the summer, attracting the likes of Malia Obama, Brooklyn Beckham and Jaden Smith. Like SVB, stickers are placed on your iPhone before entering, forbidding cameras — if you’re welcomed inside, that is. It’s friends and family only, meaning you have to be invited.

With no signage, no advertising, it’s garnered buzz via word of mouth and thanks to co-owner and man about town Stafford Schlitt, founder alongside Gunner Safron with partners Shyon Keoppel and Costas Charalambous (names behind 1OAK, Hyde, SLS Hotels, Katsuya and Greystone Manor). The team has taken over the former Hyde Lounge nightclub (where Paris Hilton and Lindsay Lohan partied in the 2000s, for those who remember the paparazzi shots). The 120-person space was vacant for a decade, said Schlitt, who explained that the decor is inspired by “old Hollywood glamour.” The pièce de résistance, he noted, is a 13-foot photograph of model Hailey Clauson posing as Brigitte Bardot.

“With the social media era, I feel like people don’t live in the moment anymore,” said Schlitt of the concept. “I think that’s a big issue with our culture in general. Everyone’s trying to get the best Instagram picture or the best TikTok or tagging celebrities. We just wanted people to go and simply be present in the moment and let loose, not worry if they’re going to be filmed or criticized or talked about the next day in the tabloids.”

Cameras were present as an exception last Thursday and Saturday night during its official opening parties — though there were plenty in attendance who shied away from the flashes, including Tom Holland and Demi Lovato.

“And yes, obviously people can take their stickers off,” added Schlitt. “If they do, you know, we politely ask them not to come back.”

Open on Thursdays and Saturdays from 10 p.m. PT until late, Offsunset is located at 8029 Sunset Boulevard. Starting Oct. 7, proof of vaccination will be required to enter.