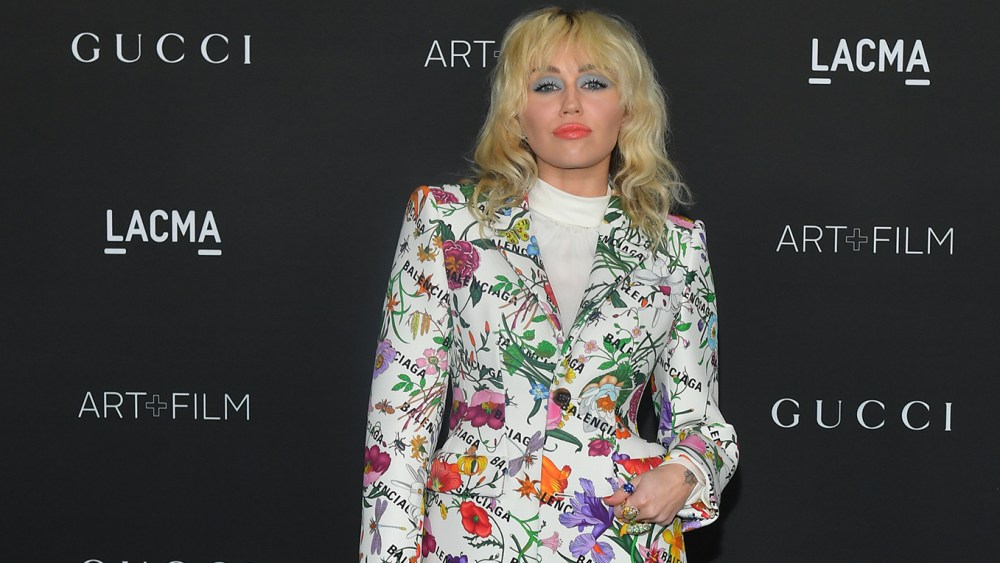 The crowd was ready to celebrate, starting with the cocktail party in the plaza, where Bethann Hardison and friends got the dancing going early, as luminaries from the Hollywood, tech, fashion, art and music worlds filed in.

Amazon boss Jeff Bezos and Lauren Sánchez sidled in the side entrance and headed up to the bar, where they were chatted up by Kering chief executive officer François Henri-Pinault and wife Salma Hayek. Jodie Turner-Smith, dancing as she walked, embraced Tracee Ellis Ross, while TikTokers Dixie D’Amelio and Addison Rae — both dressed in black gowns — caught up IRL.

The stars of Netflix’s hit “Squid Game” and the cast of “Minari” were there, while Billie Eilish (with new boyfriend Matthew Tyler Vorce in tow) chitchatted with Hailey Bieber and Camila Morrone. And at the very front, in a conversation circle, were Paul Mescal, Phoebe Bridgers, Jake and Maggie Gyllenhaal, Chris Martin, Dakota Johnson and Olivia Wilde.

Gucci’s Alessandro Michele was geeking out with Duran Duran’s John Taylor about 1980s music and style — and making a date to see the Duran Duran show in Rome next year, while Gela Nash-Taylor caught up with Gucci CEO Marco Bizzarri. (The two first met back in the Juicy Couture days.) “Marco is brilliant,” said Nash-Taylor, who has a new cannabis brand named Potent Goods. “We were talking about logos.”

Following on the heels of its blockbuster Hollywood Boulevard Love Parade runway show, Gucci dressed much of the guest list (even honoree Spielberg, in a dark green tuxedo). Miley Cyrus wore a fierce Gucci Balenciaga Hacker Project suit in Flora print from the linebacker shoulders down to the pointy-toed boots, and peacocks Jared Leto and Lil Nas X strutted in suits with ostrich feather cuffs.

Wearing a baby blue pinstripe double-breasted Gucci suit with a yellow ascot, photographer Tyler Mitchell said, “I feel like a cool schoolboy.” Mitchell’s relationship with the fashion house is new. “They’re doing amazing initiatives, sponsoring things like this and the ‘Black American Portraits’ show. I spoke on a panel at the Gucci Changemakers symposium at Crenshaw High School, which was great. It was with Mickalene Thomas, Racquel Chevremont and Bethann Hardison.”

During the program, LACMA director Michael Govan celebrated the 10th year of the gala by underscoring the connection between art and film, which grew even closer this year, with the opening of the new Academy Museum of Motion Pictures next door. (LACMA is in the final stages of fundraising for the biggest museum construction project in the nation, which will see the David Geffen galleries open in four years.)

The gala raised $5 million, bringing the total to $40 million over the decade. Co-chairs Eva Chow, Leonardo DiCaprio and presenting sponsor Gucci have been there since the beginning. And this 100-year anniversary, Gucci also provided support for the Obama portraits soon to be on view at LACMA, with the companion exhibition “Black American Portraits” showcasing 140 works from last 200 years.

Sherald, who painted the portrait of former First Lady Michelle Obama, and Wiley, the artist who rendered former President Barack Obama, were the evening’s first honorees.

“She paints us huge, larger than life in all of our glory and our ordinariness, our beauty and our regularness,” Ross said introducing Sherald, whose first West Coast exhibition “The Great American Fact” was held at Hauser & Wirth earlier this year. “It’s a powerful thing to meet yourself on the walls of a museum.…It expands our capacity to belong, to come home, to be ourselves. Amy offers a riveting dose of just that, belonging.”

“Kehinde Wiley envisions us with his second sight, and shows us to ourselves and to all,” said Ava Duvernay, introducing the artist who is influenced by Old Masters, melding his subjects’ street style with European aristocrats.

“Amy, where are we? We started out as artists trying to mind our own business and now we’re in front of you all,” joked Wiley, who grew up in South Central Los Angeles, taking the opportunity to praise his mother Freddie Mae, a teacher, in the audience. “Every step she placed in front of me makes the portrait of Barack Obama.”

Sherald put the spotlight on her late art teacher, Geri Davis. “She spoke to me about finding subjects who look like me to draw. She thought it was important for me to represent my own story in my work and recognized my struggle of being the only Black child in her classroom….She planted the seed that has carried me through my life and emboldened and inspired me to make mirrors in which others can find a reflection of dignity and grace. I honor her and want to remind you of the profound role teachers can play in developing human potential.”

Then it was time for the film side of the equation.

“Steven is a beautiful man and very special to me…a man who can be texted at any hour to discuss a particular shot of…William Wyler or pre-code crime movies and he answers pretty fast and accurately,” joked Guillermo del Toro of Spielberg’s love of film.

After a montage of his work, from “Close Encounters of the Third Kind” to the upcoming “West Side Story,” Spielberg took the stage.

“I consider myself a guy who likes to tell stories and directing is my vocation,” he said, describing himself as a craftsman of popular culture, rather than an artist. “But Art + Film equals the unknown, which is something filmmakers and artists share.”

After dinner, guests boogied back outside for a performance by Celeste, who dazzled with her hauntingly beautiful voice, then was joined onstage for a finale of “Ain’t No Mountain High Enough” by Florence Welch.

“It’s just a huge honor to be asked to perform. I said ‘yes’ straight away,” Celeste said. “I think this is just the beginning of me traveling with my music.”

The LACMA gala recognizes an artist and a filmmaker (or two) each year, while bringing together the entertainment and art worlds to raise funds for museum exhibitions and future programing.

“That was the idea, to mix audiences, and not just art and film,” Govan said. “There are architects here, designers here. The idea was to really celebrate the creative communities, plural. And I hope we’ve achieved that.”