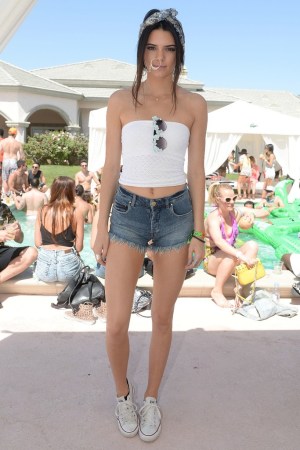 If Coachella’s pool parties were on a lineup, Lacoste’s shindig would undoubtedly be the headliner.

Dressed in a white Lacoste polo shirt she had trimmed into a crop top, Zoë Kravitz also showed up to man the turntables poolside with her band, Lolawolf, much to the delight of the crowd clad in everything from kilts to skimpy bikinis. “The festival is busier than it’s ever been,” noted Coachella vet Kravitz, who showed no signs of exhaustion in the wake of her spinning session at Saturday’s Neon Carnival extravaganza. She’s noticed “paparazzi on the field, which is a bummer. I think people see things like that and they want to come [for the wrong reasons]. But I hope Coachella stays about the music because it can become about fashion and celebrity really quickly.” Clearly, it already has.