Blown Away at the Ladies Hat Luncheon 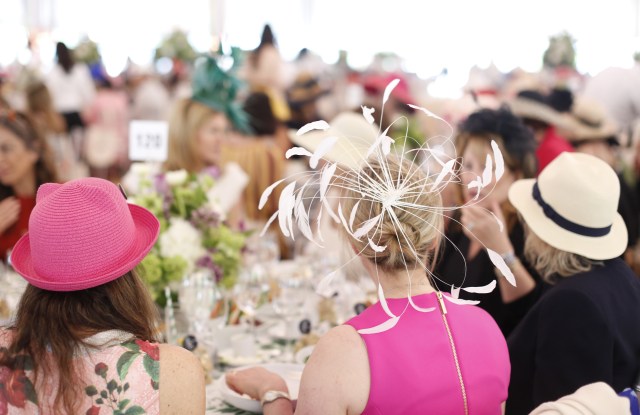 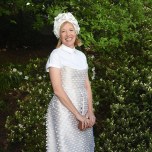 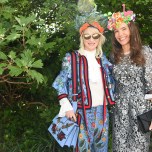 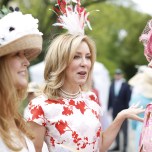 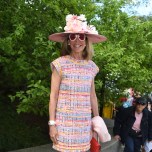 On Wednesday afternoon, the conservatory garden in Central Park was bursting with even more florals than usual. The Women’s Committee of The Central Park Conservancy had cordoned off the public garden area for its annual Frederick Law Olmsted Awards luncheon, known colloquially as “the Women’s Hat Luncheon” thanks to the dress code.

Waiters in white button downs offered an elbow as guests made their grand entrance down the steps at 105th Street and Fifth Avenue. Hats ranged from the simple and straightforward — a bee pin on a straw hat — to the more complex and over-the-top, such as the woman whose hat featured a sculpture of stacked teapots. Floral accents were by far the most prominent motif — even the public park bathrooms had been stocked with floral Jo Malone hand soap.

“Mine’s a vintage hat. I decided to get this from New York Vintage because it matched my Gucci Flora outfit,” said Julie Macklowe of her accessory. “Actually, I was wearing a different outfit, got the hat, and then I decided it matched this outfit the best,” she continued. “I feel like flowers are growing right out of my head.”

Juliette Longe had found her hat closer to home. A colorful tropical scene featuring flamingos and a palm tree fashioned from pipe cleaners was perched atop her head, the twisty work of Wendy the Pipe Cleaner Lady. “She made that for my daughter’s birthday this weekend. When I saw the hat I was, like, ‘Wendy, I’m wearing that hat to the luncheon,'” Long said. “I stole it.”

A few guests had made their own hats — notably, professional milliner Gigi Burris, who had designed a hat for Shelley Carr. “I’m just so excited because I’ve never come to this,” she said, surveying the scene of the Michael Kors-sponsored event. Ribbon dancers were prancing around as guests mingled and sipped from the 40 cases of Whispering Angel rose before sitting for lunch. Light gusts of wind caused at least a few hats to be airborne.

Burris had certainly landed in the middle of her element. “I feel like it’s a lot of future clients, I hope,” she added.